Just a wee blog that I have shamelessly stolen from my mate Stan. He is the Stan of Stanley Trollip who is the Stanley of Michael Stanley... did you follow that? All you really need to know is that he is 50% of a number one best selling crime writing duo- the creators of the Detective Kubu novels. Funnily enough I was talking to a gem cutting expert - no doubt there is a proper name for such an occupation-  this man is sometimes called in by De Beers in South Africa  to advise them on how to cut a certain stone.  He travels the world lecturing, consulting,  going down holes in the ground and analyzing what he finds there. Or more often looking down a microscope and devaluing what he finds there! He is a huge Kubu fan - saying that the writers really capture what life is like in Botswana.

So here is what Stanley has to say this week on the blog site.  You can click on the link and leave your comments- it will be interesting to see what people say so feel free to join in, even if you are not a follower of MIE.....

The MURDER IS EVERYWHERE blog has been appearing for nearly four years.  There have been 1253 blogs, including this one, and about 1,200,000 page views.  The blog now enjoys over 30,000 page views a month.

For this, we all thank you, the readers.

Maintaining a blog for this long is hard work, but we all enjoy it very much, although there are times when we cuss the blog deadline because of other life events.

Now we think it is time to ask you to tell us what you think.  Please take a few minutes and give us some feedback.


I blog on Fridays, tomorrow I am talking about Jimmy Page, Aleister Crowley and the scary goings on at Boleskin house. But maybe not in that order!

Sneak a peek at the MIE website... but be warned, it's habit forming. 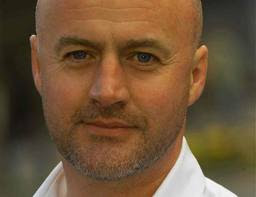 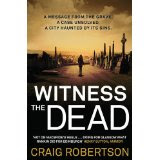 Craig is a black pudding fetishist! He is the black pudding from human blood guy in The Killer Cookbook. Nice bloke, always knows your name, always says hello... even when so drunk he’s hanging off his bar stool and can barely focus.
He was joined at the launch, in a channel four chat show kind of way, by an ex detective - a man who when he says "I have been everywhere, seen it, done it, arrested it", you can probably believe him because he probably has. He was there with his book Crimestoppers, being one of the cops in charge of that initiative.
So he and Craig had a bit of a chat back and forth. I did ask Bryan if he read any crime fiction, but he said no, it would be like a hairdresser reading a book about hair dressers! 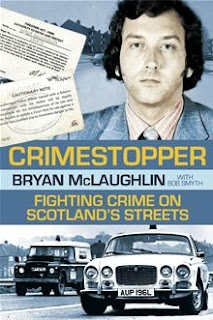 My pal is a cop. She likes reading my stuff, acknowledging that there are untruths that the reader has to buy into to make the plot work- cops never go off duty, never go to the toilet and they always have plenty of staff unless it suits the plot to be short staffed of course.  However my pal says that the internecine fighting, the gossip and the rivalry are exactly right...  but then people are people, offices are offices no matter what the job. Somebody makes the tea, somebody eats somebody else's Hon Nobs and only one person can ever persuade the photocopier to work.
Craig’s book has two parallel plots, one set in the present day...  with a killer similar to but not Bible John, and another plot running back in 1972, again a killer similar to but not Bible John.
If you have read my Murder is Everywhere blog about Bible John and Peter Tobin, you can read the arguments for and against.
http://www.blogger.com/blogger.g?blogID=1990338437877873686#editor/target=post;postID=1730822613955491234;onPublishedMenu=overview;onClosedMenu=overview;postNum=20;src=postname

But I think they both (Craig and Bryan, not  Bible John and Peter Tobin!) made it subtly clear... if something can be subtly clear- that neither of them thought Bible John had been caught yet and they doubted that he ever would.

I asked them, having seen what they have seen, Brian as a very senior detective, Craig as an award winning journalist, if they would bring back the death penalty. Brian said yes in some cases. Craig said never... maybe more life incarceration but not the death penalty. My blog this week on Murder is Everywhere on Friday is about Ian Brady and while, deep inside, I am opposed to the death penalty I think I might make an exception for him.  The chit chat after the launch was in a similar vein, even those opposed to capital punishment just have a wee minute's pause to reflect when Brady is mentioned.
Interesting.


I think the death penalty should be reintroduced  for mothers in law who nick your crime books before you have the chance to read them and they get passed round Auntie Betty and all her mates at the knitting bee and the bowling club before you get it back..... I mean what can you do! To quote Billy Connolly hanging is too good for them - its a damn good kick up the arse they need! These are three books that have gone from my book case..... 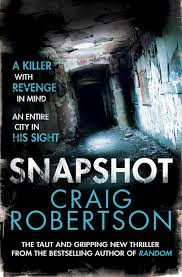 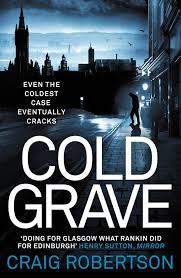 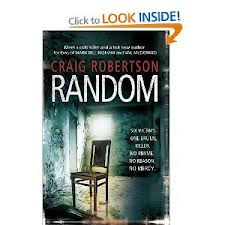 Caro
Posted by Caro Ramsay at 14:34 No comments: