The Beasts from the East

Just to let you know that the righteous prevailed and the Best from the west beat the beasts from the east 460 points to 310 last night... 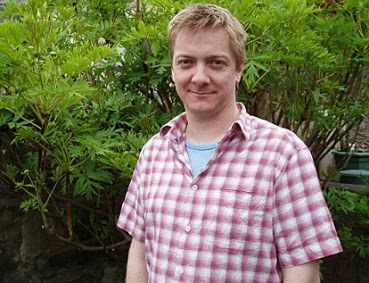 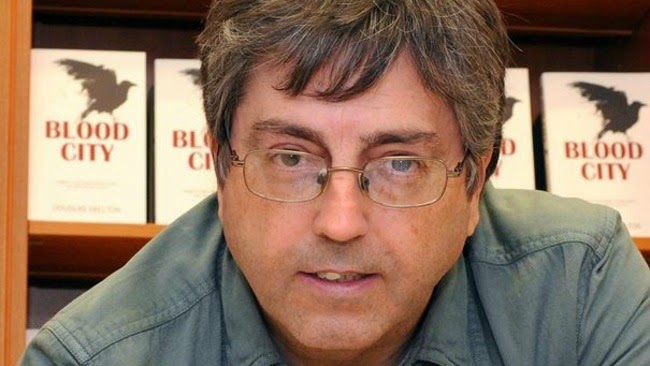 The sexiest Man in crime fiction 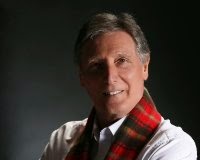 He claimed to be bi-coastal Matt Of the Magical Mic 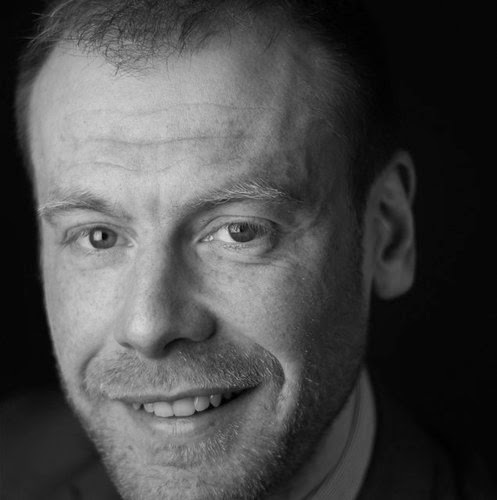 Claimed he had culture.  Should have seen his shirt... 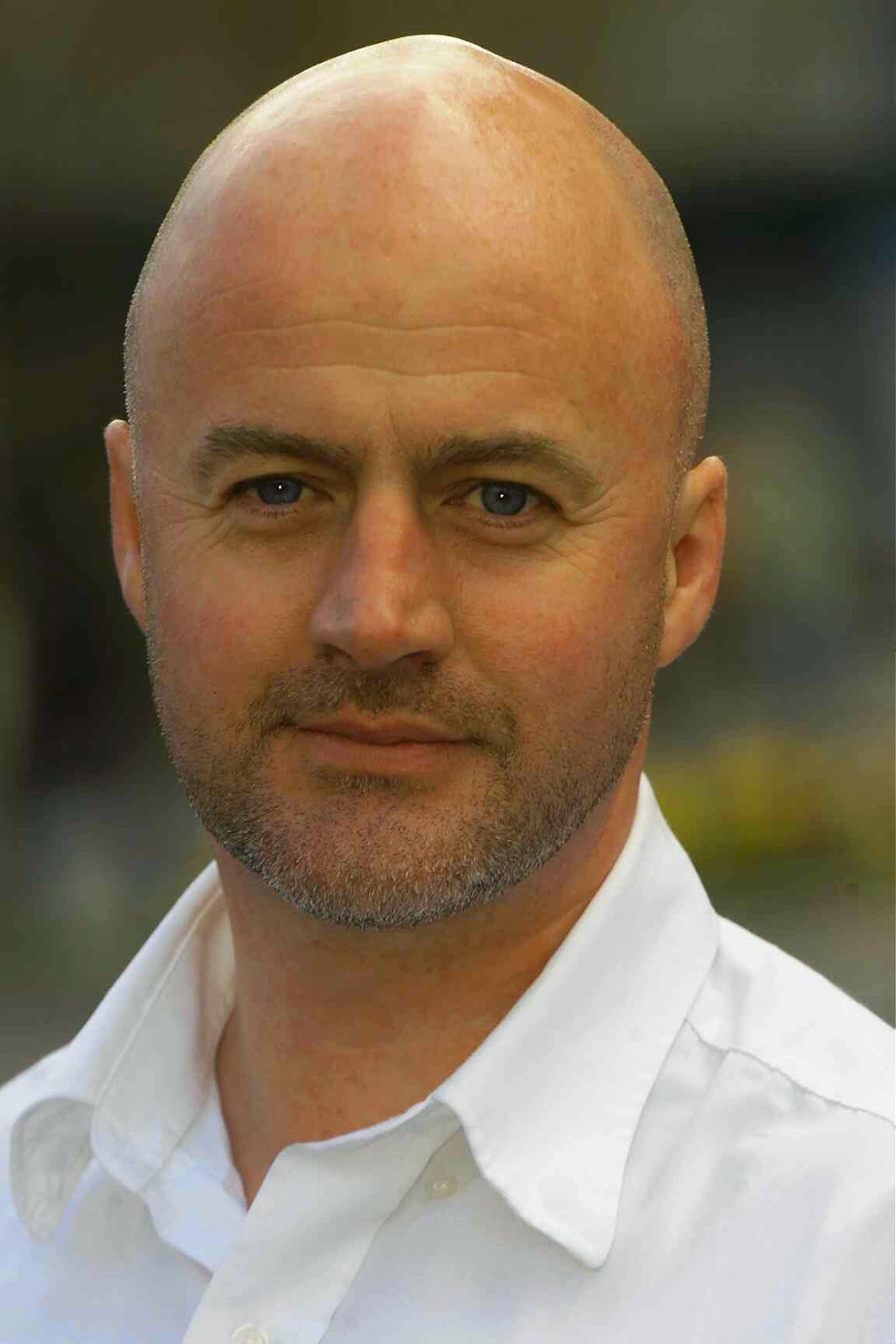 The totally unbiased ref, Craig who was on our side

Methinks there might be a rematch in the making.
Like that will make a difference.
Admit it you soft east coasters - you were outclassed, out witted and out of your depth.

And before the fabulous Partners in crime event on Sunday, we are having the great debate of crime writers- The best in the west versus the beasts from the east.....
We are  going to win of course....
Waterstone's Arygll Street, 7pm..... Thursday 26th....
At the last event we even had sparkly wine... 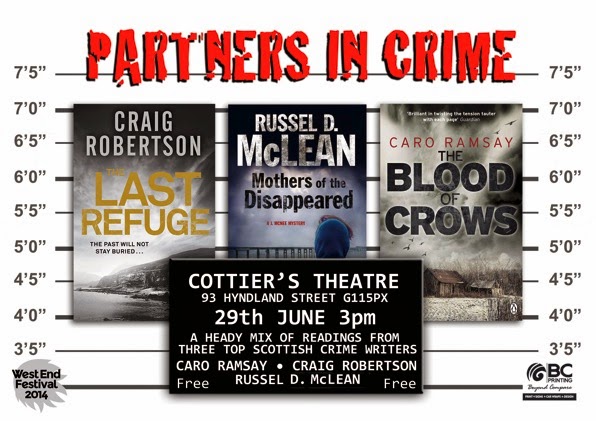 Event- What Drives The Story

What Drives the StoryWed 18th June, Sauchiehall St, 6.30pmA panel event with Caro Ramsay, Sara Sheridan, Will Jordan and Nicola White that will look at character/setting/plot and which of these elements drives each author.

A free event in Waterstone's !   But they need numbers - we might even get a wee refreshment!
It should be a good one.

Caro
Posted by Caro Ramsay at 12:29 No comments:

At Crimefest three years ago I was asked to do the Forgotten Authors panel. I had no hesitation in choosing Desmond Bagley and Duncan Kyle (whose Granddaughter emailed me after the event just to say it was nice to know that her Granddad's work was still being enjoyed by a new generation).

Both were natural choices for me, they had written the books I had grown up with. I went from Enid Blyton ( Famous Five. Not the Secret Seven – they were for  wimps) to Agatha Christie to Desmond Bagley/ Duncan Kyle. Much to my English teachers’ dismay I never read a classic and was only ever really interested in Shakespeare when he got round to murdering somebody – none of that Romeo Romeo stuff.

The books of Desmond Bagley made a huge impact on me, taking me to places in my head that I thought I would never see. I can still quote facts from Bagley’s books. England can fit into Canada over 40 times. And  7 and a bit times into British Columbia. That was from the book Landslide set in BC. where the hero Boyd has lost his memory but still strides around and ‘Puts things right!’ 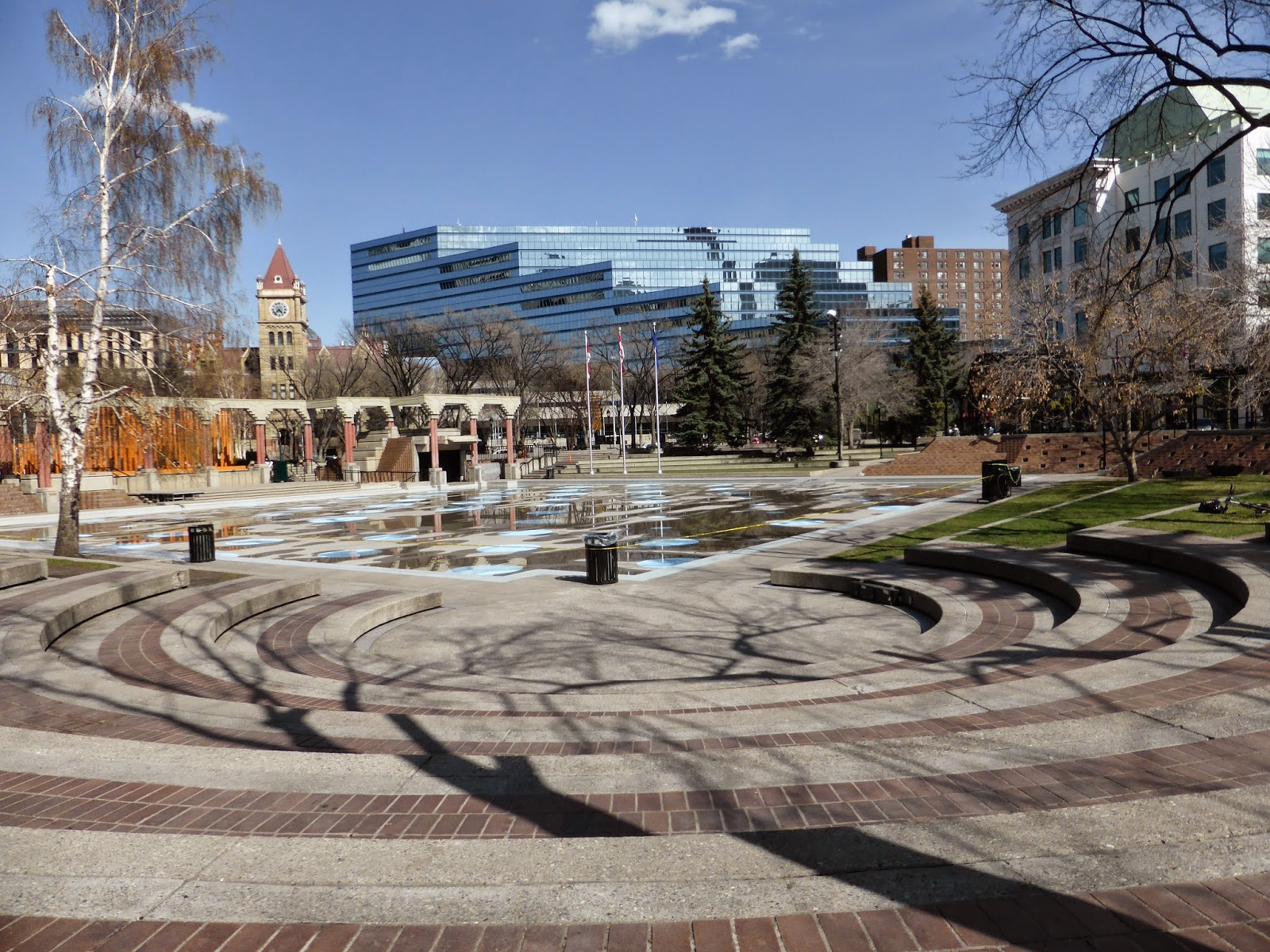 Downtown
So I was very excited to go to Calgary – which I know is in Alberta not BC but I’m not letting facts spoil this blog.
Calgary, called after Calgary on the the Isle of Mull. Everywhere is very ‘Scottish’ in Alberta. I saw this in the Glenbow Museum. 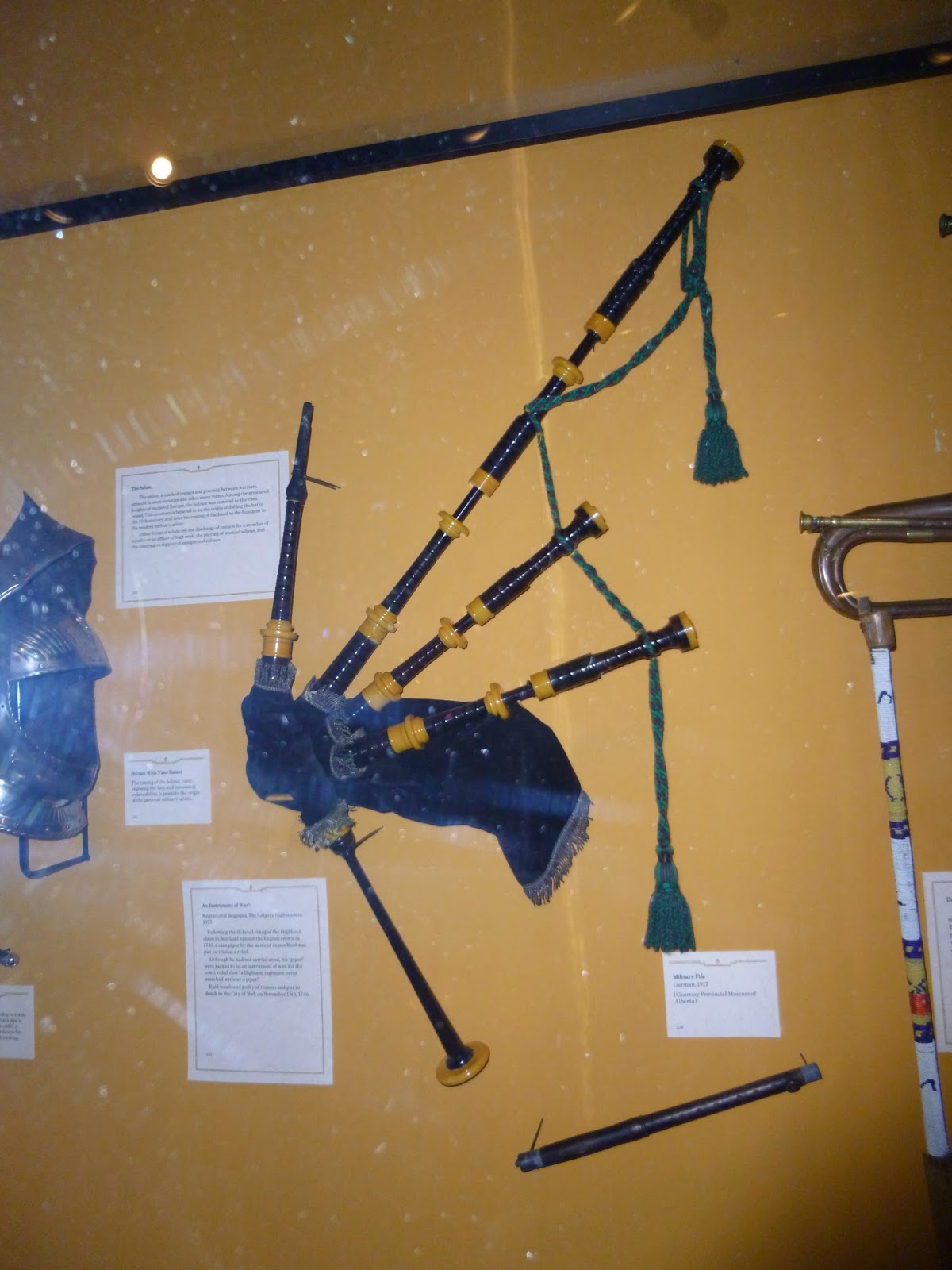 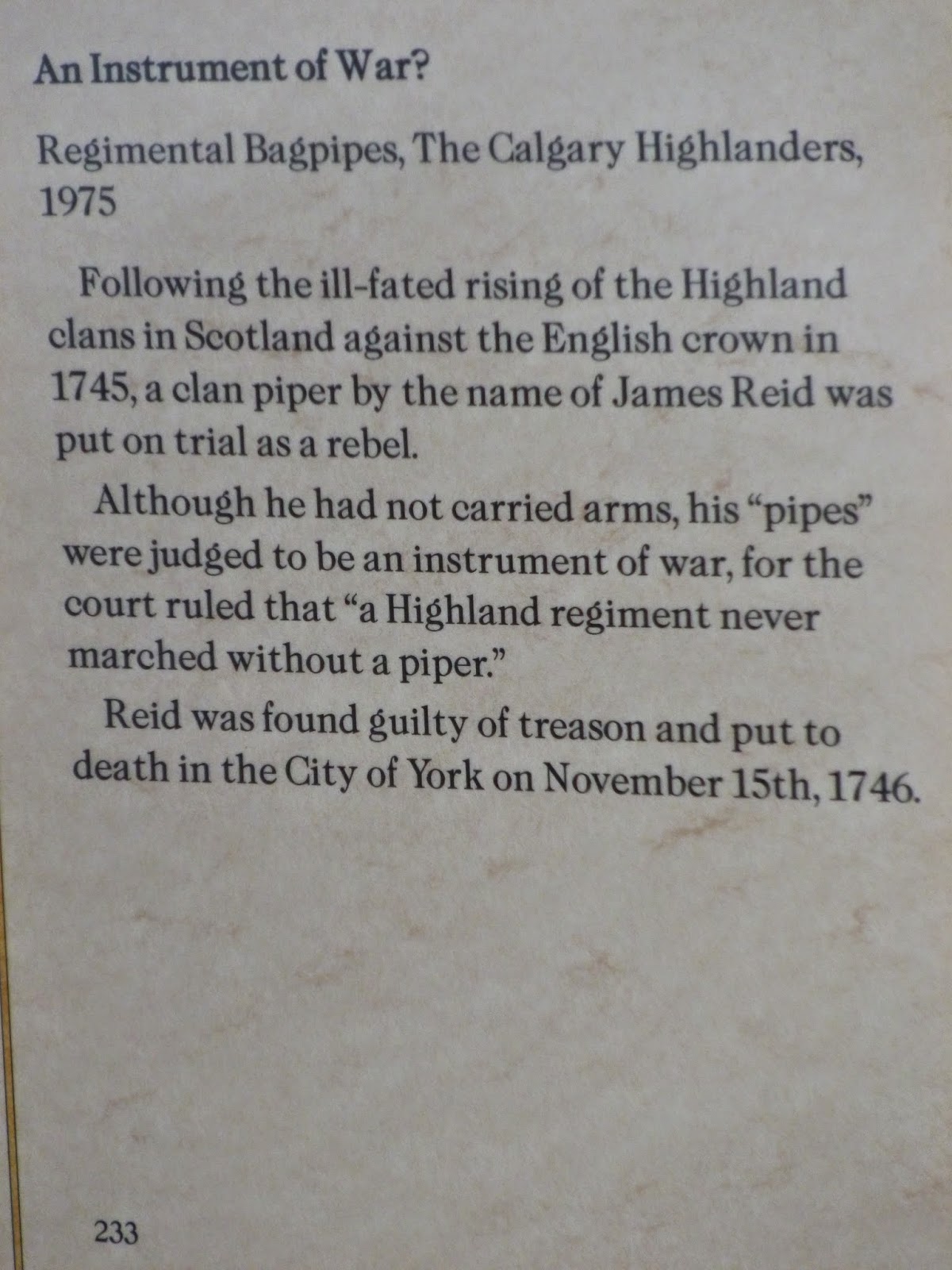 So Bagpipes are an instrument of war.
(The noise has driven many to violence.)

Most of the  suburbs are also Scottish  places; Strathmore  Springbank and this place must be fantastic… 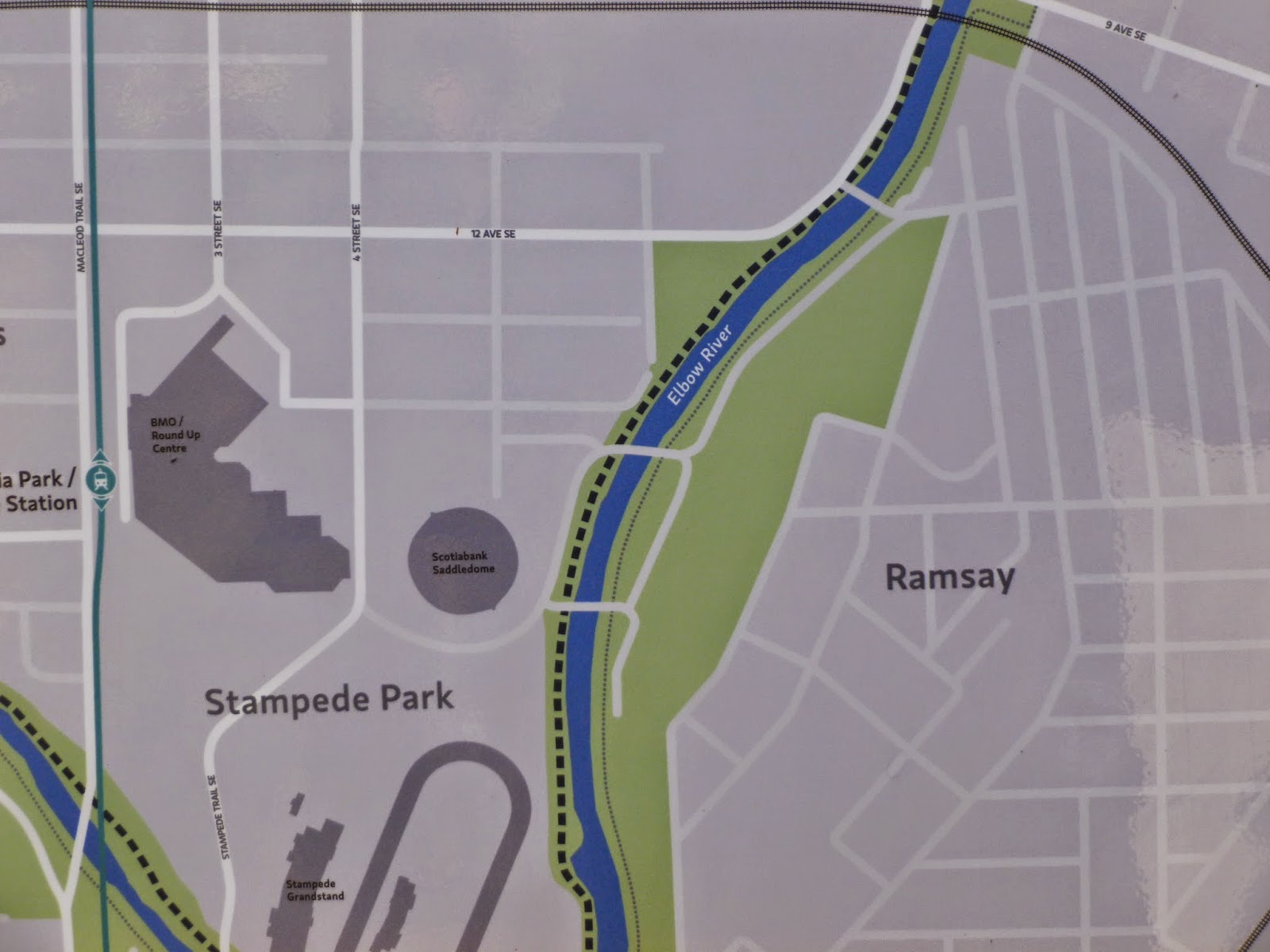 I think Bearspaw and Okotoks might have more traditional roots though..

There are 1 million citizens with 200 ethic origins in Calgary. Scots being the most common claimed ancestry. But then they would tell me that, wouldn’t they. 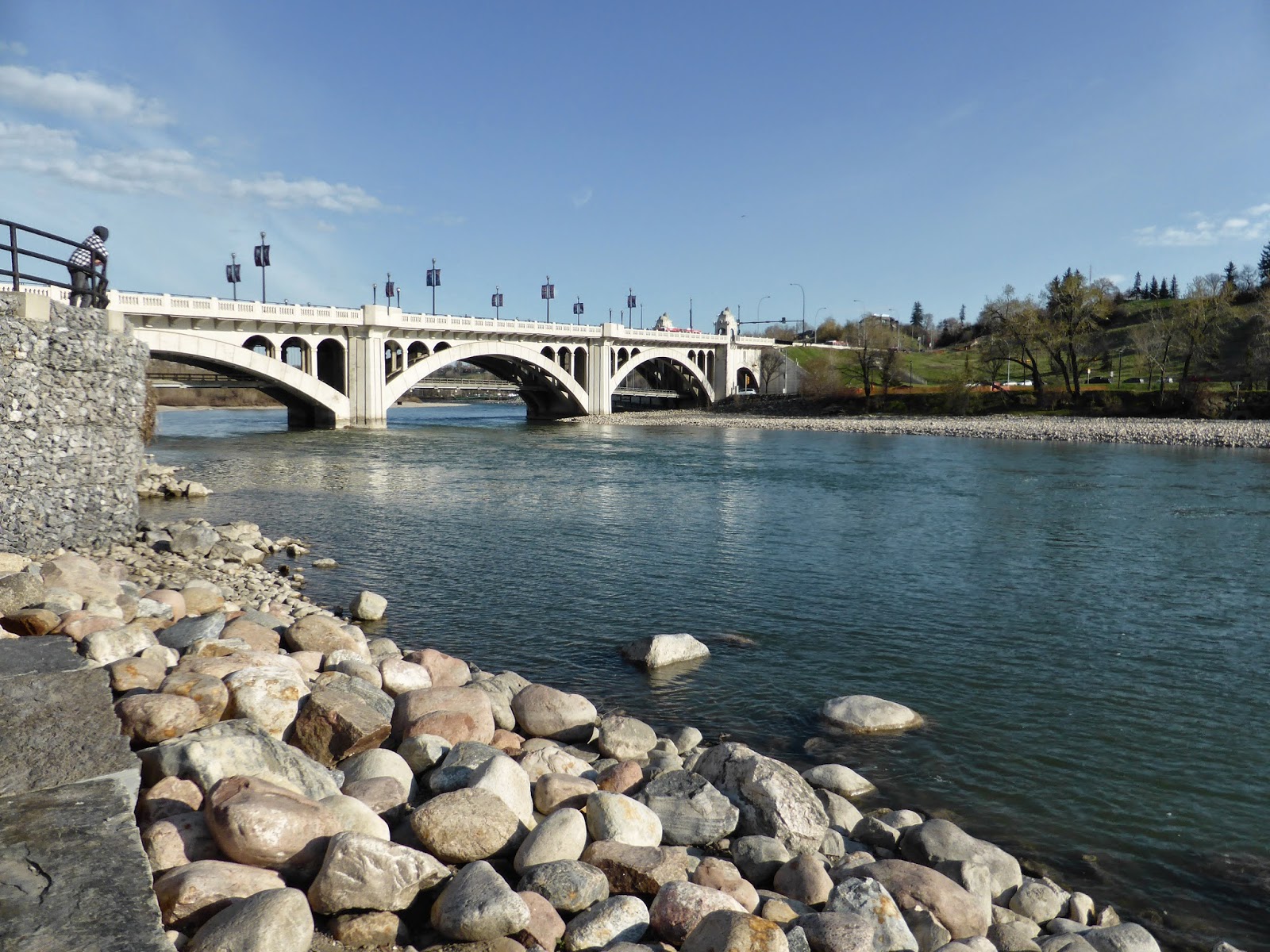 Calgary itself is now in the top ten of travel hotspots according to one British newspaper. It lies snugly into the confluence of the Bow River and the Elbow River on the edge of the  prairie and just before the Rockies start. 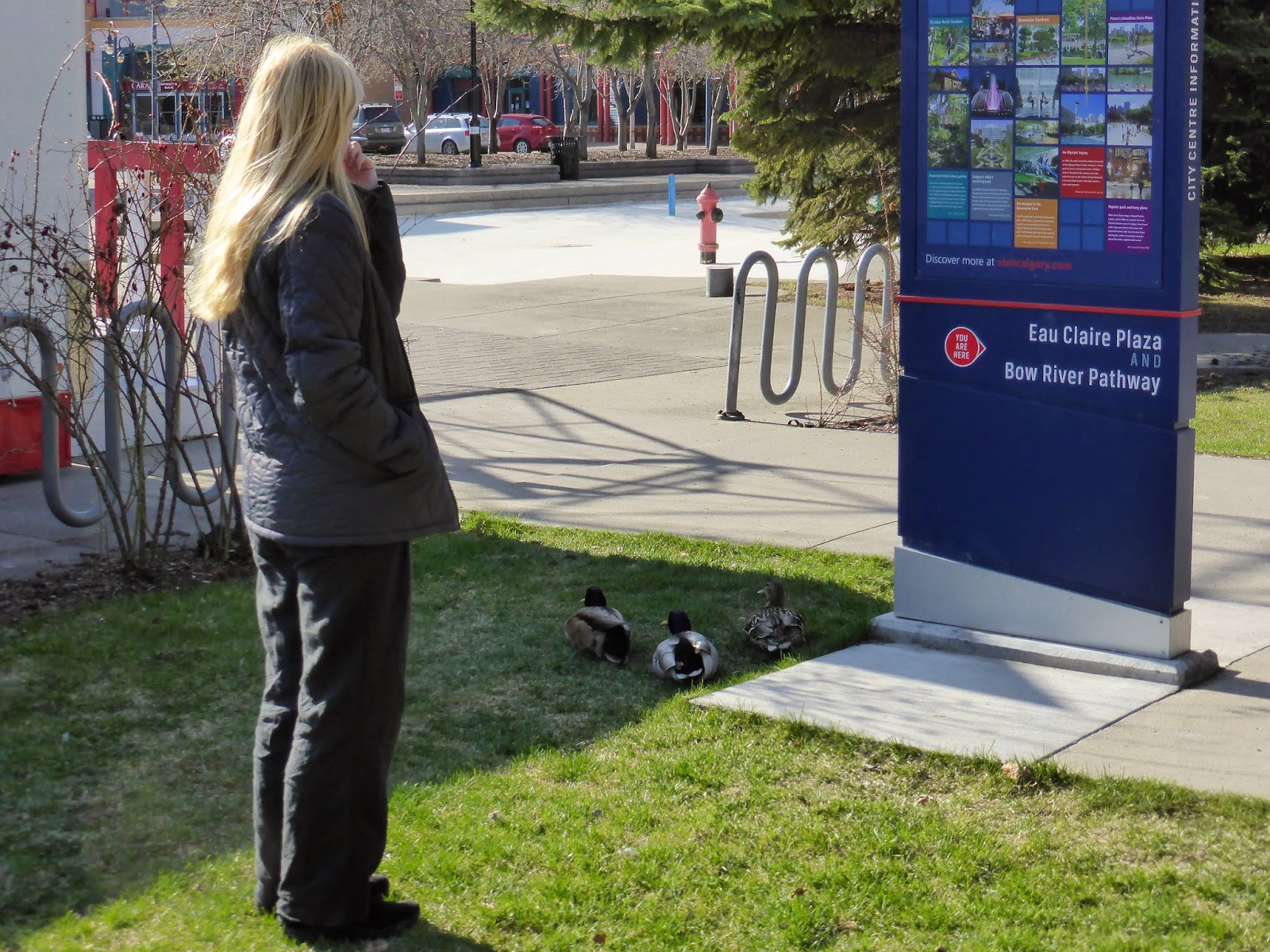 Calgarians are very pleasant, friendly folk. I always go by dog walkers in the park. If they talk to you and have the dog on the ground, it is a good place. If they don’t say hello and have their dog in a handbag – move on. They are also very politically correct. What I would call, in my ignorance ‘Native Canadians’ they call ‘First Nations.’. Usually Blackfoot, Blood, Peigan and the Tsuu T'ina in the region around Calgary.

In Alberta and the adjoining part of British Columbia there was a population  of around 100 000 in 1890. In the next ten years that  figure increased by over 70%. Not all of that was egalitarian and the Chinese immigrants suffered more than most. This  statue is surrounded by plaques donated by Chinese families 'In memory of...' Their story is very much that of the rail road, exhaustion and exploitation. 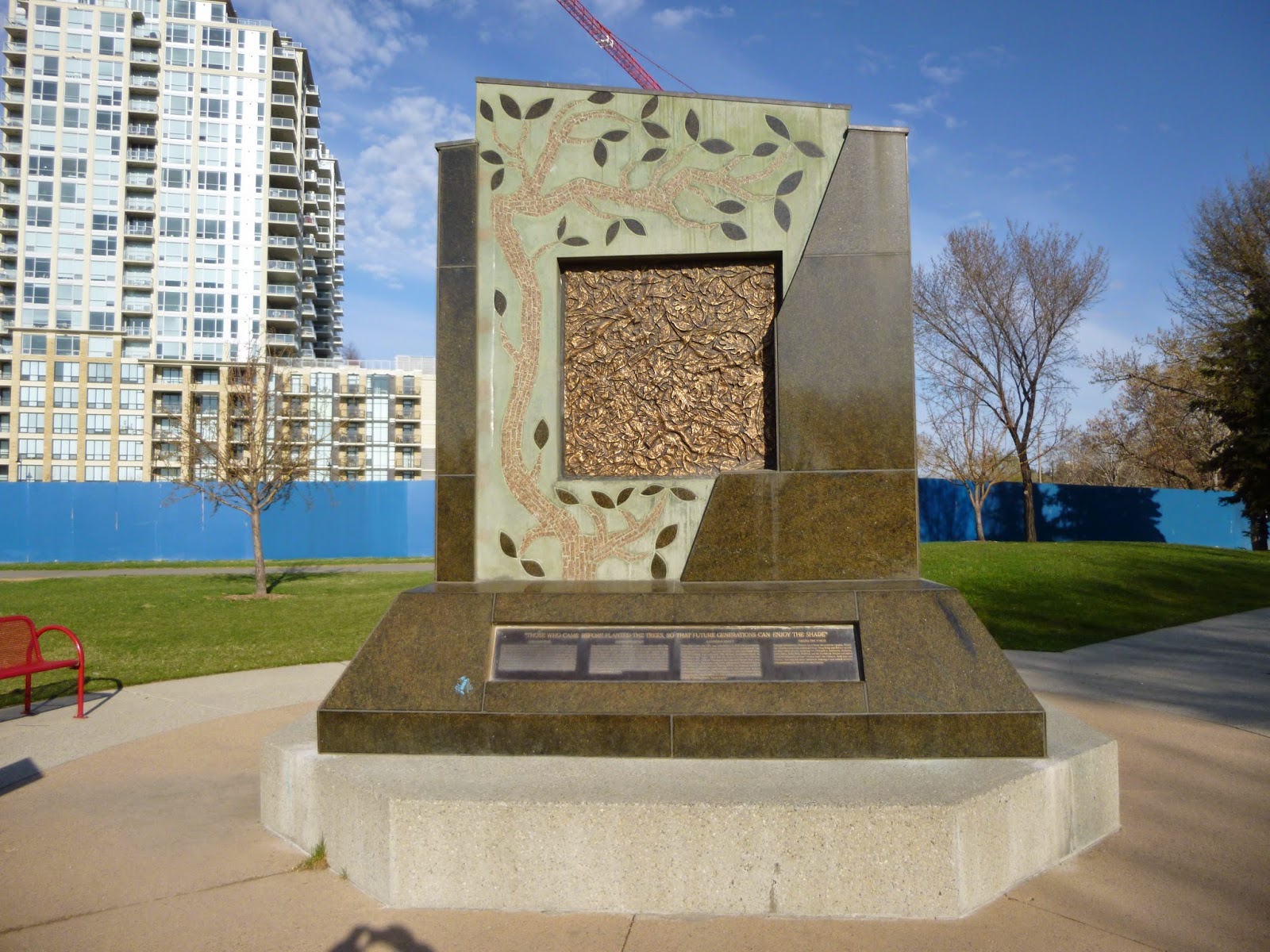 In Calgary itself many migrated from the UK and Italy, attracted by the offer of free "homestead" land. That  established the pre oil economy of the area and of course, the Calgary Stampede. The Stampede itself attracts over 2 million visitors and another million on top of that are now visiting Calgary then going up to Banff, Lake Louise and Canmore as we did, on the Rocky Mountaineer. 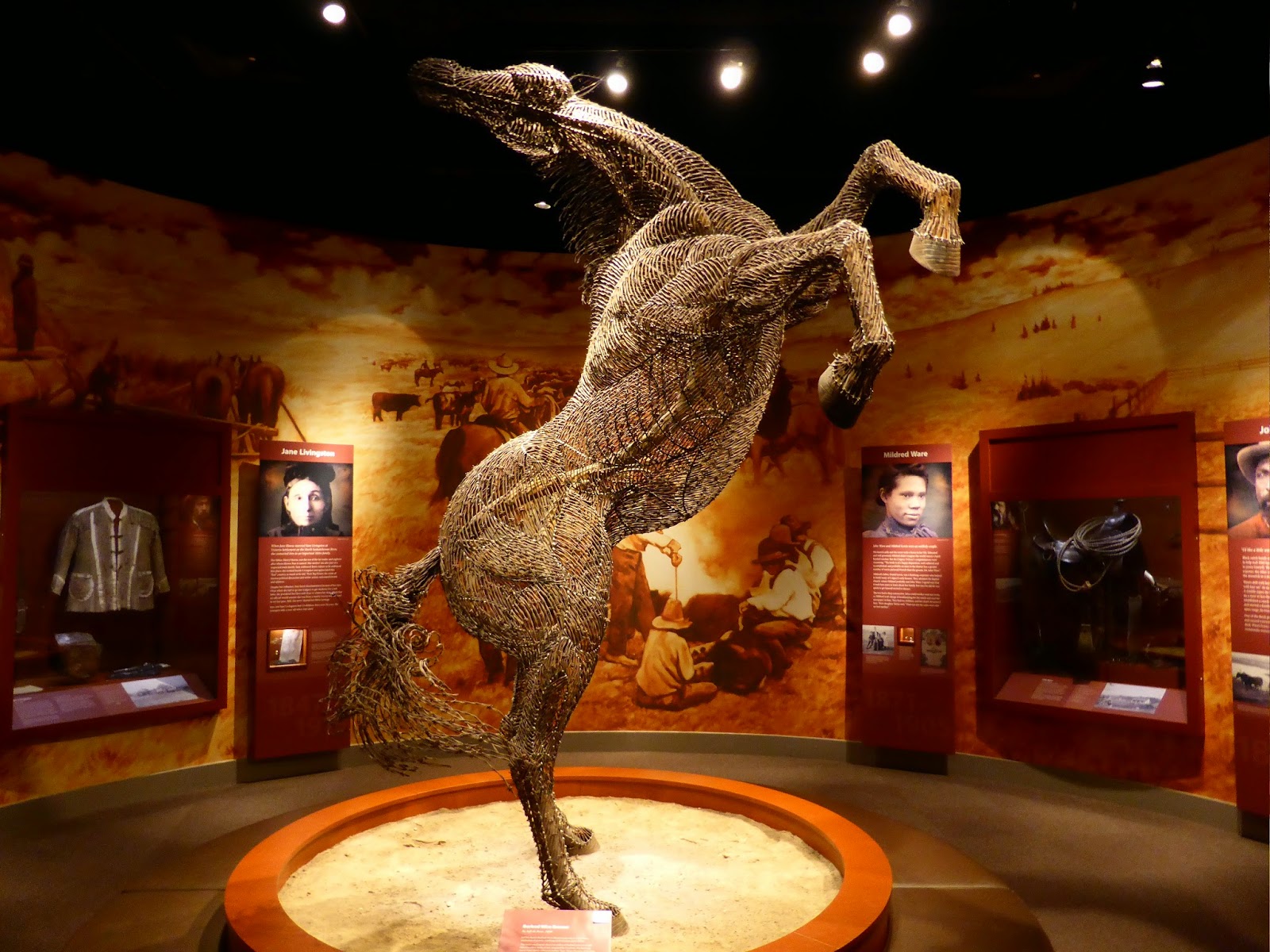 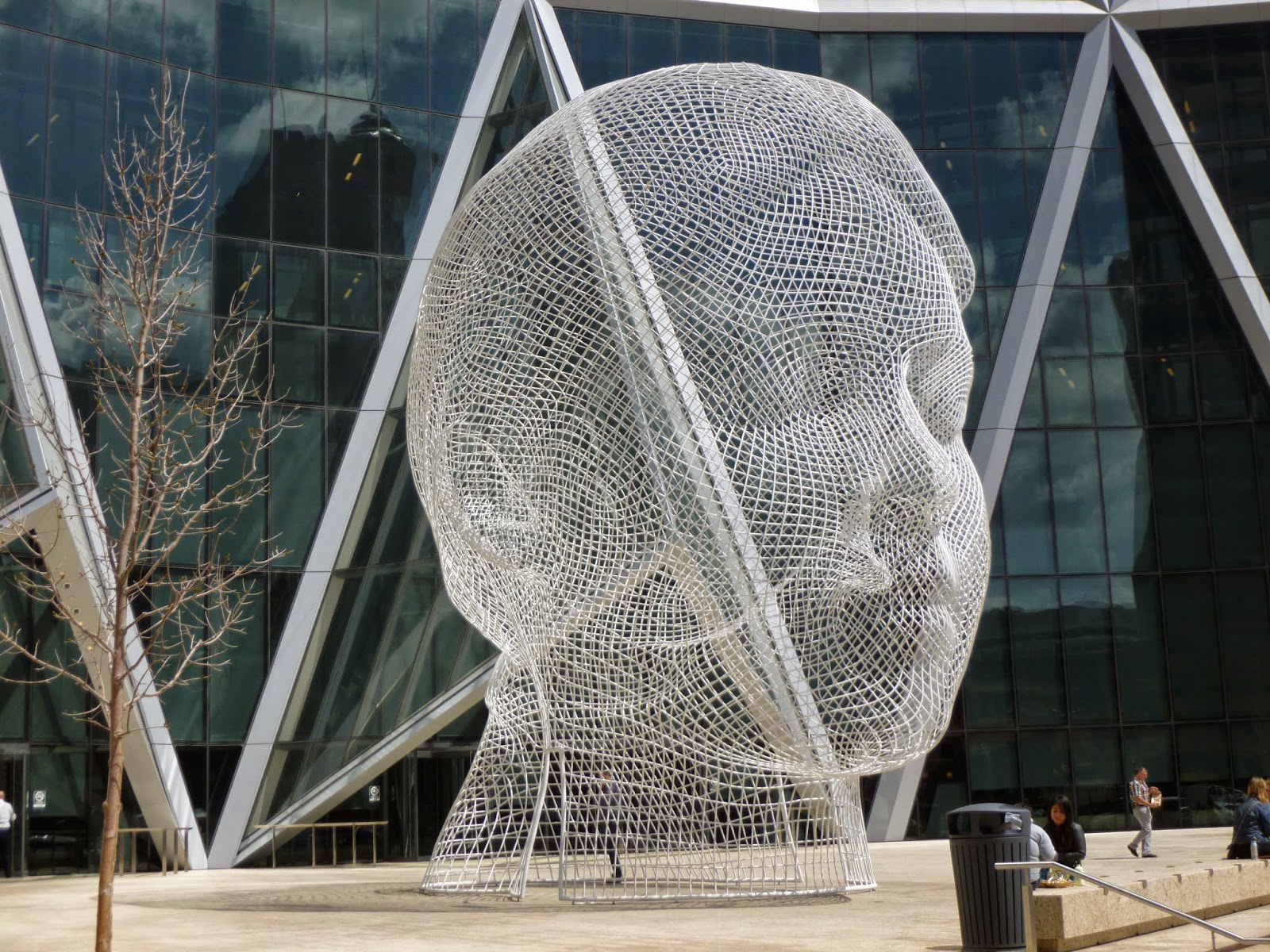 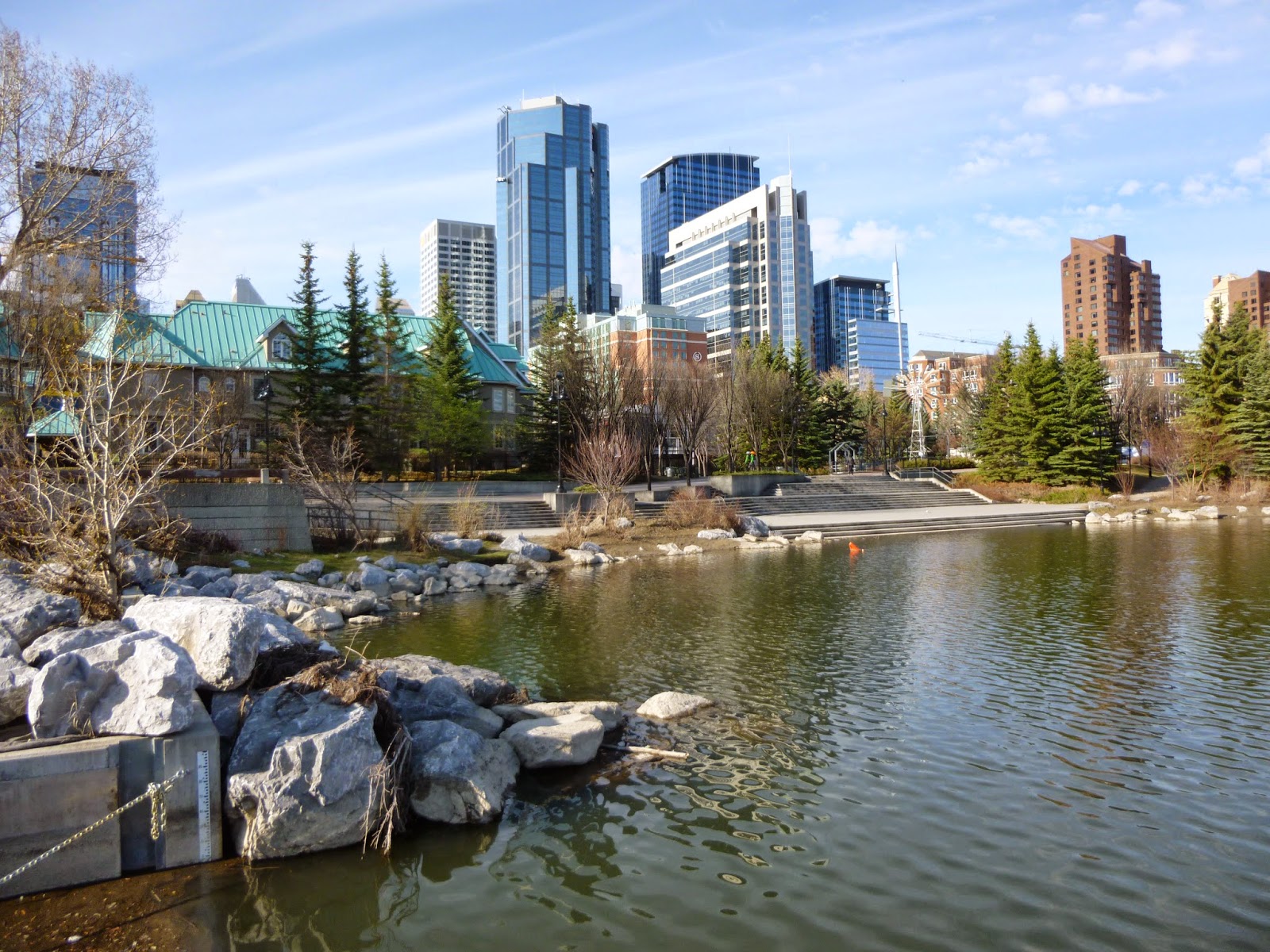 the damming and re direction of some flood waters is ongoing

Calgary is still showing the scars of the terrible flooding on June 21st 2013 when both rivers burst their banks and over 75 000 people were evacuated. At the Zoo, they have signs up showing how close the water came to endangering the animals,just a few linear feet. 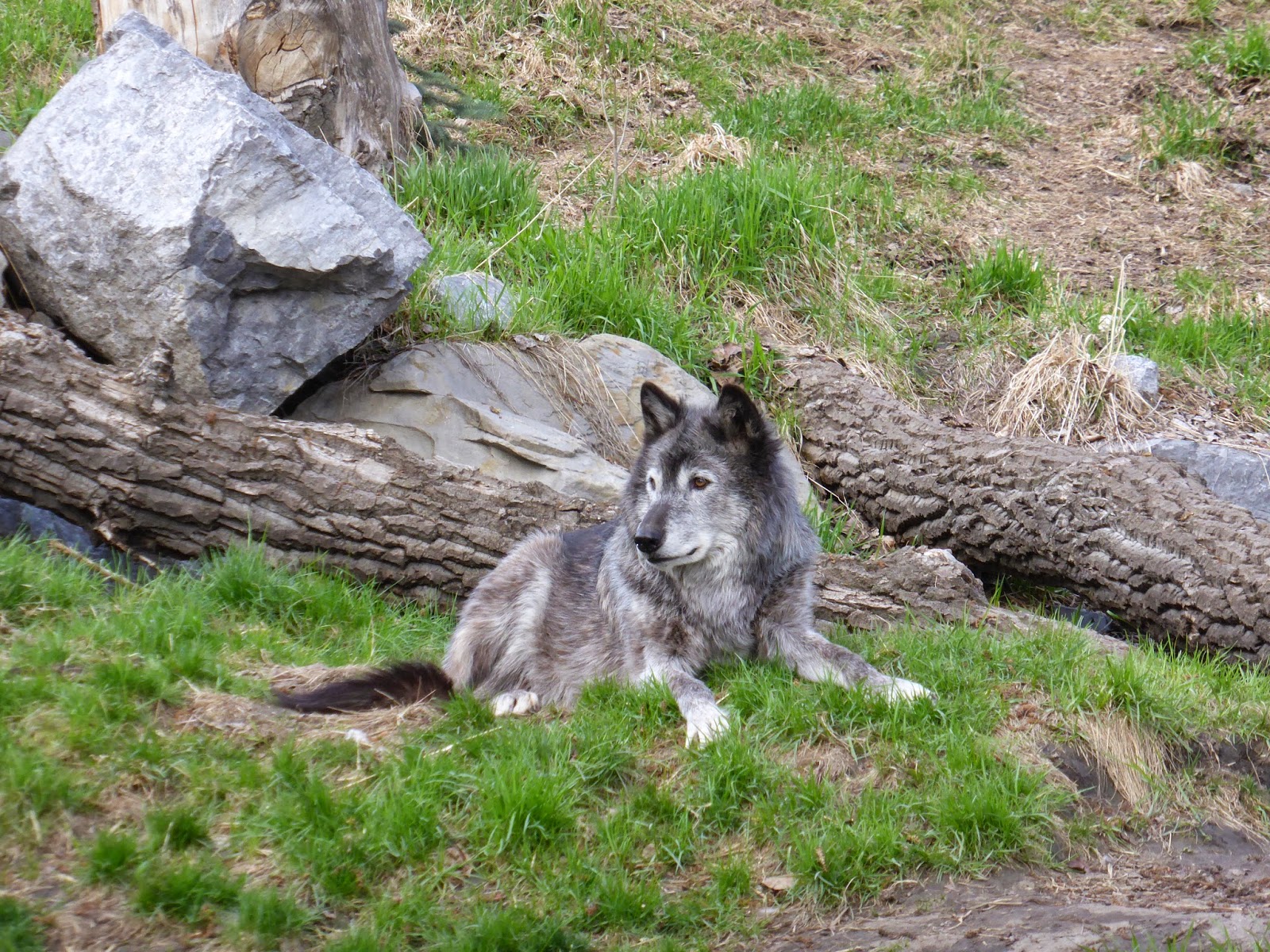 Much as I respect them, I don't think this timberwolf
would be too pleased if he had to be relocated
on a dark stormy night because of rising flood water.

The zoo houses the infamously cuddly looking bear 16. He was attracted to the bins and food waste of a Calgary suburb- probably because some doity thinking citizen thought it was good to put food out for the 'nice grizzly'. Not matter what they did, bear 16 came back to his own wee picnic area, scaring the wits out of everyone. He was darted, relocated, relocated again, then taken miles away and set free. Peace reigned for a few months until his natural sat nav kicked in and he wondered back into his home town again.  He was going to have to be shot. But public outcry got him a place in the zoo where he will live his life in captivity just because somebody thought he was cute. As the guide book said, they look cuddly but have no wish to be cuddled. 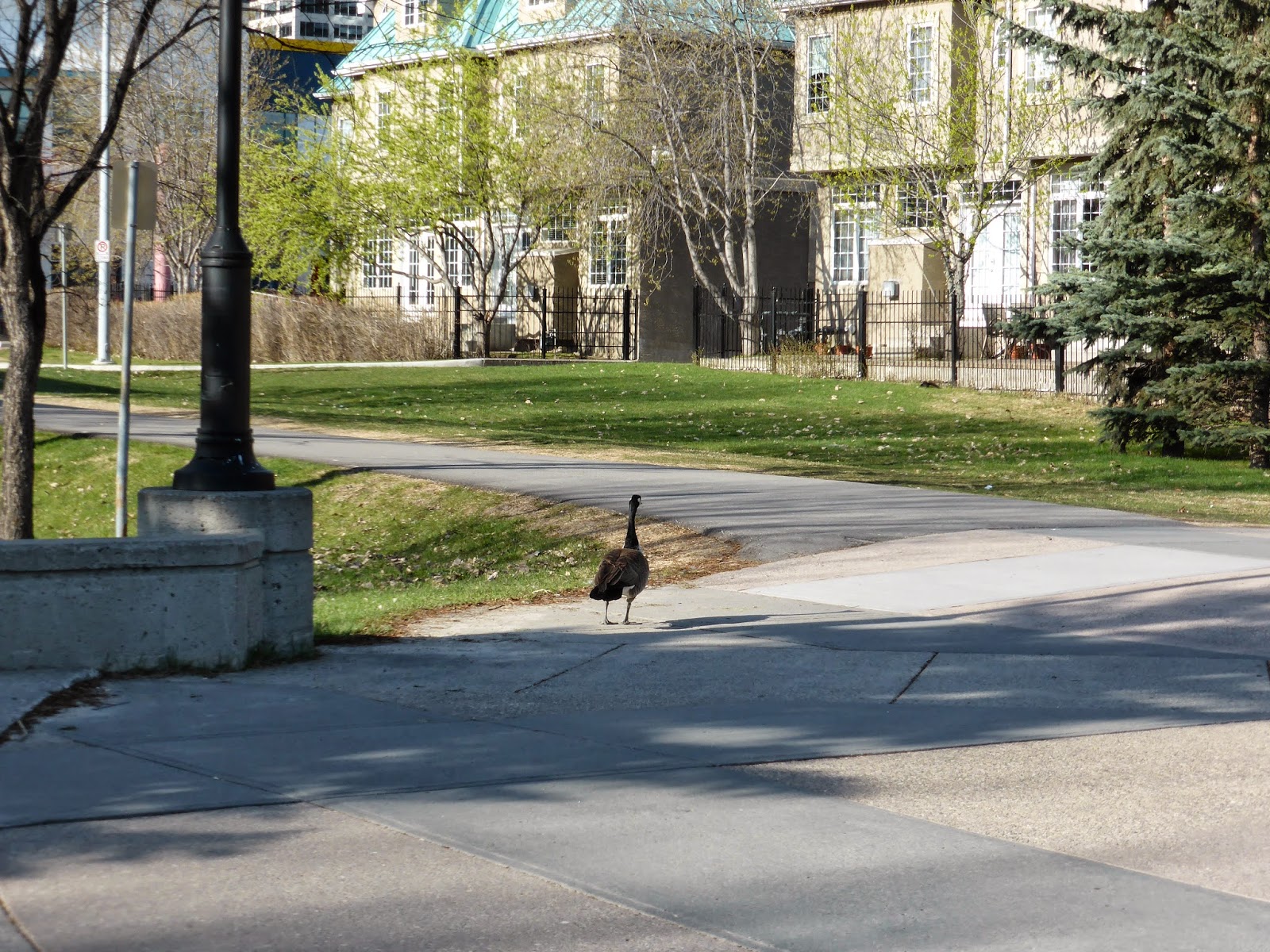 Calgary at rush hour. 8AM. 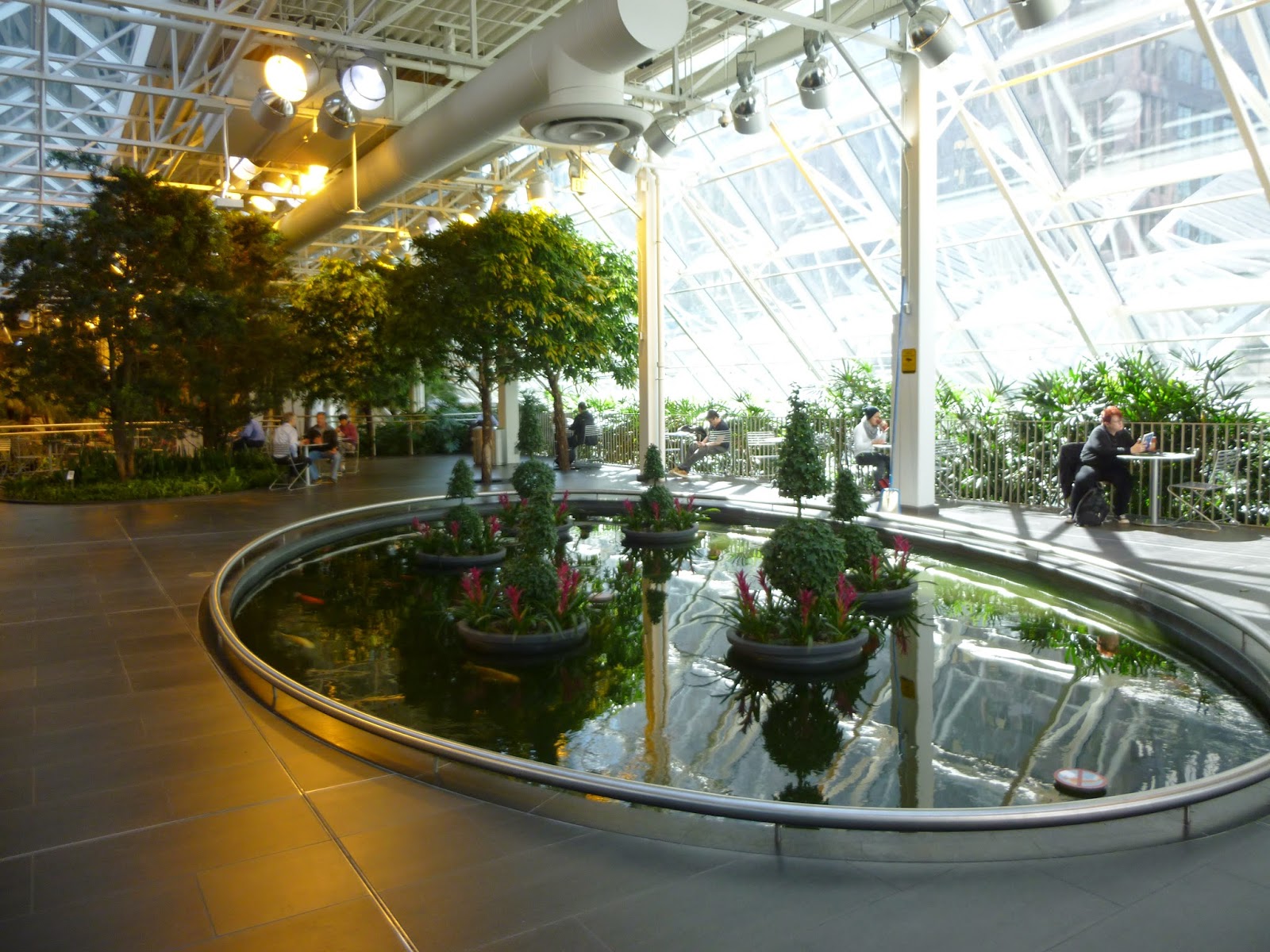 The eating plaza of the skywalk

The city has a extensive skyway network, called the plus 15 as they are 15 feet above the ground. Great for avoiding the traffic but very confusing for homosapiens scoticus without a grizzly bear sat nav. 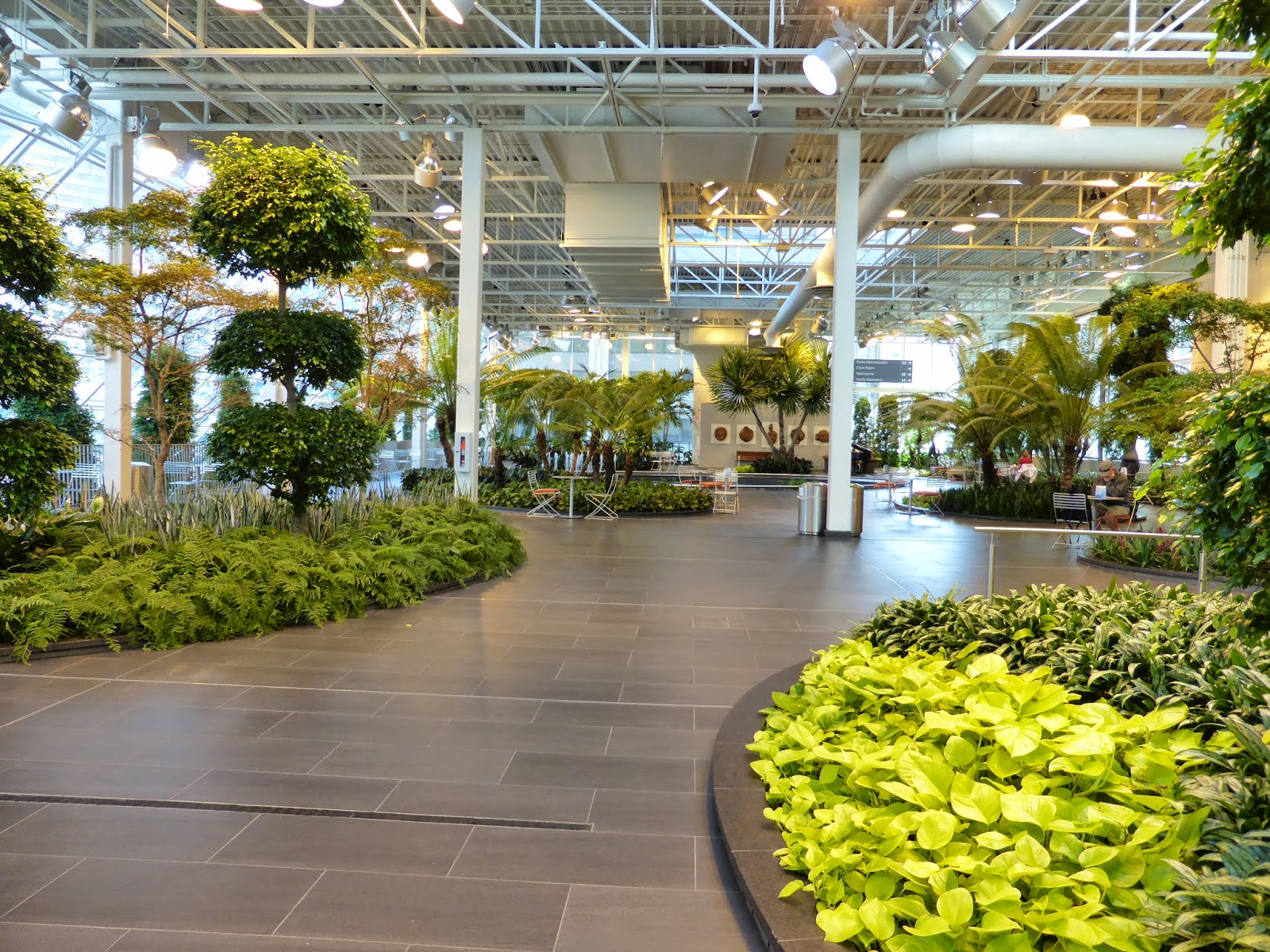 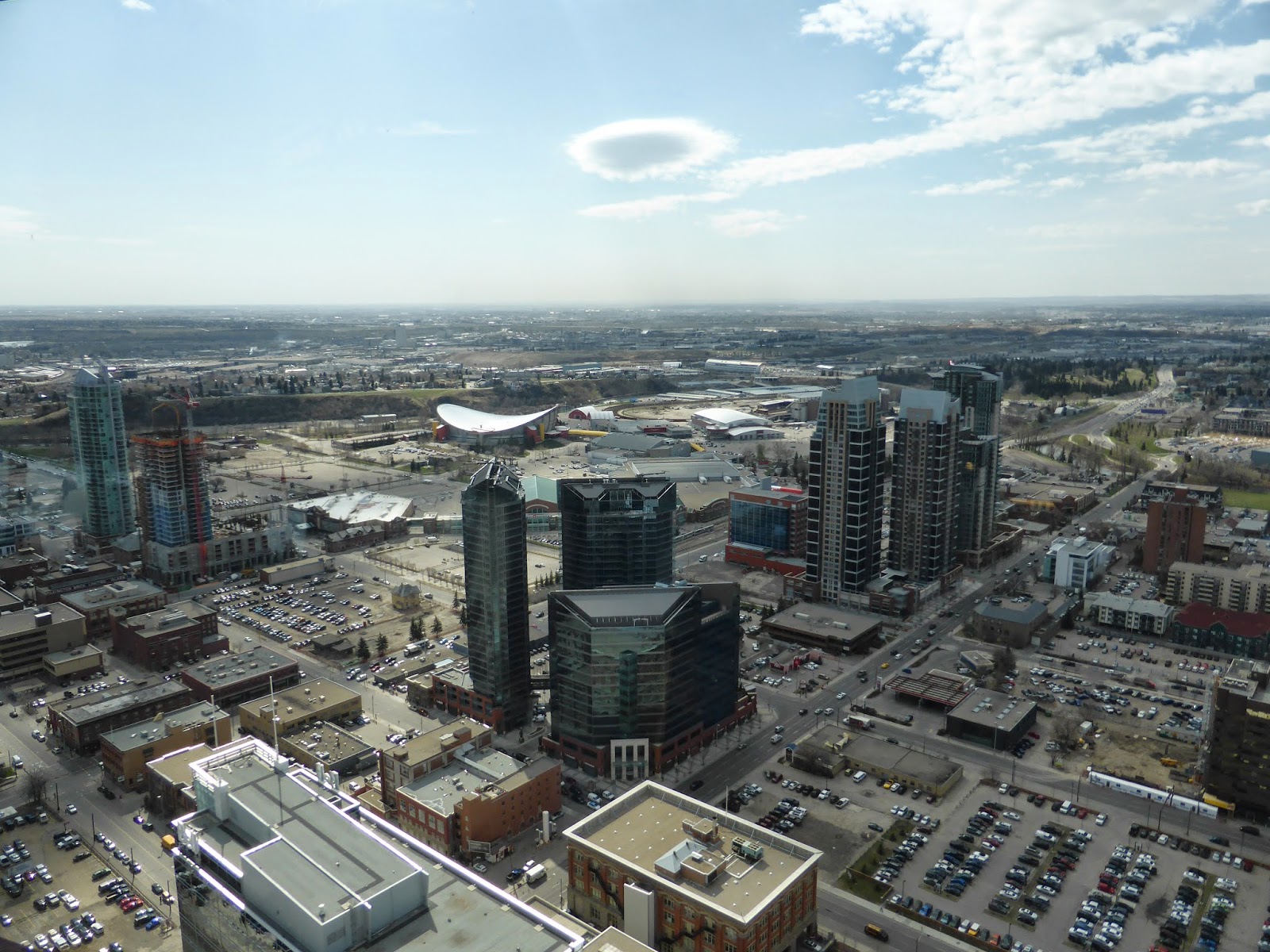 Scotiabank Saddledome in the distance with the
stampede ground beyond.
Taken from the Calgary Tower.
Without looking down

Calgary has a low crime rate. Unfortunately the worst of its murder history is very recent.  On April 15th this year a young man stabbed five people to death at an end of school house party in the Brentwood area. The suspect, Matthew de Grood has been found mentally fit to stand trial and he remains in the secure psychiatric  facility. By all accounts de Grood was a nice lad, he attended the University of Calgary planning on doing law.  He was the son of a respected city police officer. It seems both his parents and friends had noticed a change in his behaviour in the weeks leading up to the murders and he had began posting more and more bizarre updates on his Facebook page.
As we flew home reports were coming in of a similar type of killing near Santa Barbara, another 22 year old man, seven victims in all.

But to end this blog on a cheery note, here is a wild female sheep with her week old sheeplets.  Do you know what the sequel to Silence of the Lambs was going to be called?  Shut up Ewes! 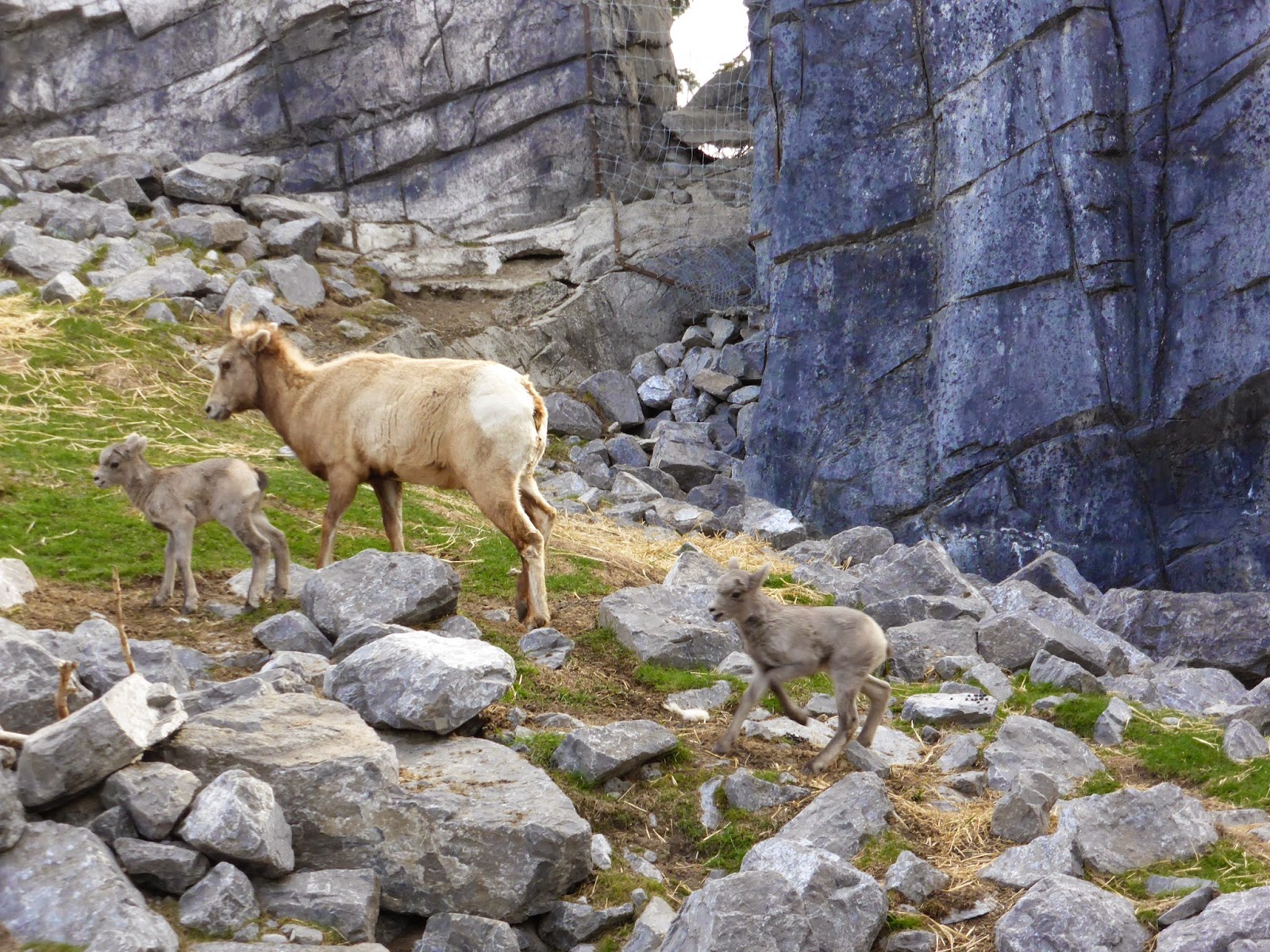