A heinous crime was committed in Edinburgh in the first week of October this year, an assault on one of the world’s most courageous canines. The vile atrocity happened sometime between 1pm on Tuesday and 5pm on Wednesday. The police have appealed for witnesses. The area round the scene of the crime is well covered by CCTV and the police have examined hours of footage in a bid to track down the culprits.


The crime?
Somebody made a dog’s nose shiny. With an abrasive scourer.
Yip, that was on the news on the TV.

The ‘dog’ of course is the most photographed sculpture in Edinburgh, that of Greyfriars Bobby. The ‘nose’ had just been refurbed after being worn down to its underlying shiny brass by tourists rubbing it for good luck. The restoration work was carried out after a campaign on Facebook entitled “Stop People Rubbing Greyfriars Bobby’s Nose, it is not a Tradition”. The facebook campaign caught the ears, eyes and noses of those in high places and a repair was commissioned.

The monument is Edinburgh's smallest listed building. It was originally built as a drinking fountain with an upper bit for humans and a lower fountain for dogs. This had the water supply cut off (as did all Edinburgh's drinking fountains) around 1975 amidst health scares and both basins were filled with concrete.
The statue has a colourful history. It was daubed with yellow paint on General Election night in 1979. It/he was hit by a car in 1984 and then some restoration became critical. It/he is always joining in with the cultural events of the day. 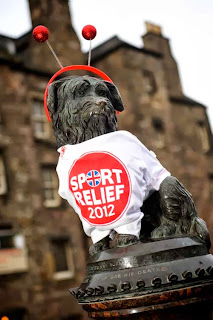 A plaque on the base reads "A tribute to the affectionate fidelity of Greyfriars Bobby". In 1858, this faithful dog followed the remains of his master to Greyfriars Churchyard and lingered near the spot until his own death in 1872. 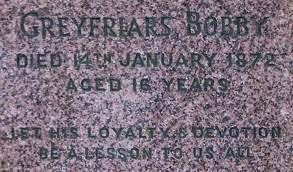 A red granite stone was erected on Bobby's grave by The Dog Aid Society of Scotland, and unveiled by the Duke of Gloucester on 13 May 1981. Since around 2000 this has been utilised in a shrine-like manner, with sticks for Bobby to fetch, dog toys, flowers etc.  The monument itself reads: Greyfriars Bobby – Died 14th January 1872 – Aged 16 years – Let his loyalty and devotion be a lesson to us all. 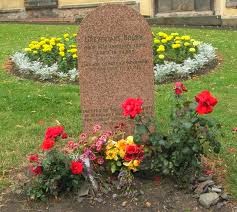 But how much of that is true? Do we care, the sentiment itself is enough.
Bobby was a Skye Terrier who spent (allegedly) 14 years guarding the grave of his owner, John Gray.  Gray was a night watchman for the city police and died in February 1858. 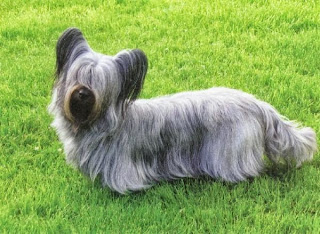 I think this is what a Skye Terrier should look like.

14 years?  (My dog is 16 years old and a fine and faithful hound. She’d not lie outside on a cold wintery night for anybody. I am kidding myself...she’d be off as soon as anybody offered her a sausage.)

There must be some truth in it though as in 1867, nine years after the owner passed away, the Lord Provost William Chambers paid for Bobby to have a licence as required by law and bought him a new collar, now in the Museum of Edinburgh. A year after the death of the dog, Lady Burdett-Coutts had the statue and fountain erected at the south end of George 4th Bridge.

The wee dog appears in many films and books, often changing breed like some mutant canine, sometimes to a Cairn Terrier, like this 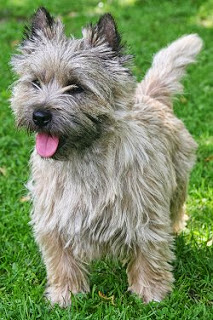 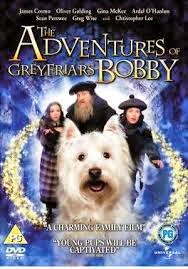 and sometimes in huge disguise as Lassie. 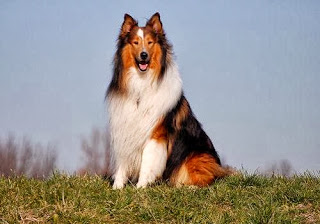 There is a Scottish joke here. When walking with a dog of uncertain pedigree it is often said… ‘Its father was a Cairn and its mother wisnae caring.’

Jan Bondeson wrote a book exploring the theory that the facts are wrong. In 19th-century Europe it was not uncommon to have 'graveyard dogs', or 'cemetery dogs'. These were stray dogs which were fed by visitors and curators to the point the dogs made the graveyards their home. This led to  people coming to believe that the dogs were waiting by a grave, and the result being that the dog was looked after. This is another great example of dogs conditioning human behaviour to their own wily ends – usually a sausage.
I wonder how many doors could really have this plaque!
I bet that dog was fed everywhere!

Bondeson claims that after an article about Bobby appeared in The Scotsman, visitation rates to the graveyard increased and that was financially lucrative for the local community. I don’t know about then, but the wee dog makes the city a fortune now. Bondeson also believes that in 1867 the original Bobby died and was replaced with a younger dog, and that this explains the longevity of Bobby. They pulled the same trick on Blue Peter with Petra. 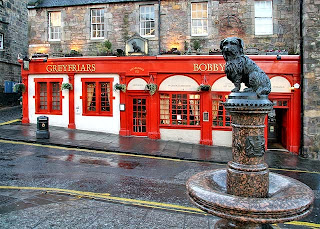 The story becomes more believable with reports that folk fed Bobby, a few claimed ownership of him and no doubt he got sausages at more than one door by being wet, bedraggled and generally far too cute. This is now sounding more like dogs I know. 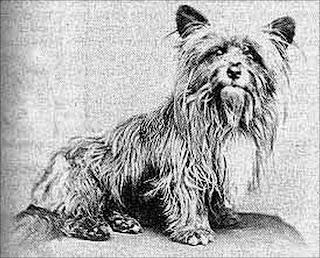 This is believed to be 'Bobby'. Who could resist giving him a sausage?

To confuse matters further, there is also more than one John Gray buried in the kirkyard.  Social history has the dog belonging to both of them..
. 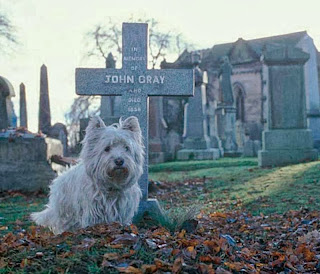 As I have said, the dog and the story just captures the essence of what dogs are in our society. Bastions of faith and loyalty when the rest of the world is chasing a pound or celebrity or a twenty inch waist. Dogs just are.  Bobby appears in many films but my favourite is the oblique reference to Bobby in the 1945 film, The Body Snatcher, where Boris Karloff has a wee wander through an Edinburgh graveyard looking for a tasty corpse to dig up, as you do in a quiet evening. He encounters a brave little dog defending a grave.
Karloff kills it.
Nice.
By the way, the hunt for the culprits of the shiny nose incident goes on. They’ll be onto Interpol next.
Suppose they could get the dog branch to have a sniff around.....
Caro 25th Oct 2013

A full moon or something

Yesterday I had a nice little event in Bearsden library. Lovely audience, good questions, great turnout. The preceding few hours were a bit fraught, starting off with the faithful PA who decided for some reason best known to herself to have excruciating toothache and had to be off work so the dentist  could drill her root canal.  She did say that work was preferable to that. But only just.
It must have been a full moon or something, lots of people just doing and saying things that made me think I live in a parallel universe. 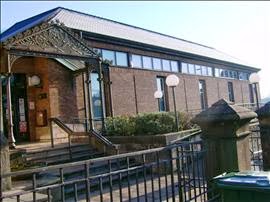 Great place to have an event 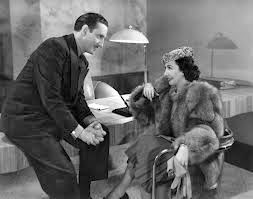 The last lady was telling me a story of her outrage when she went into a cafe at five past four to be told that they close at four… as it says on the sign.   She was outraged and staged a sit in, so they gave her a coffee and then proceeded to mop the floor around her and put chairs up on the tables. She stayed there. Feeling uncomfortable but glad that she had made her point. Whatever that point was.

Then I was on the train to Glasgow central… just jumped on in time but the train was going nowhere as the ticket man was telling a blonde that the fare was four pounds twenty.
“But I don’t have it.”
“So why are you on the train then?”
“Because I need to go to Glasgow”
“But you need to pay to use the train so you need to give me the money.”
“I’ll pay double next time.”
“Do you know how often I hear that?”
“Gonnae give me the money?” she asked the man sitting opposite.
“Have a wee bit of faith,” he said to the ticket man.
“I have plenty of faith, it’s a wee bit of cash I am after!” 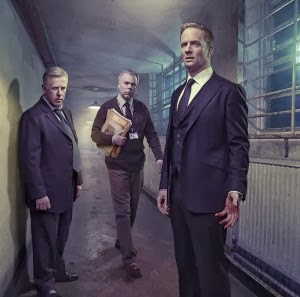 I have a dirty hand, I need my handwashing scene now. It's in the contract.

But then I got home to watch Whitechapel, all flesh eating zombies and cops working in a station where health and safety have never, ever looked at the lecky. And the world suddenly made sense again. 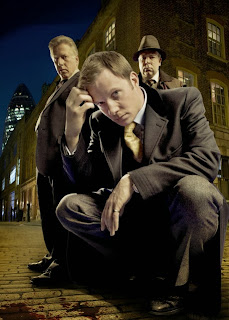 Handsome dude wondering when he last paid the electricity bill