We are in the throws of the undignified name calling and ludicrous argument that passes for political debate over here. It will go on until May 7th when various reprobates will think they run the country. And hopefully keep out the way of those that actually do. 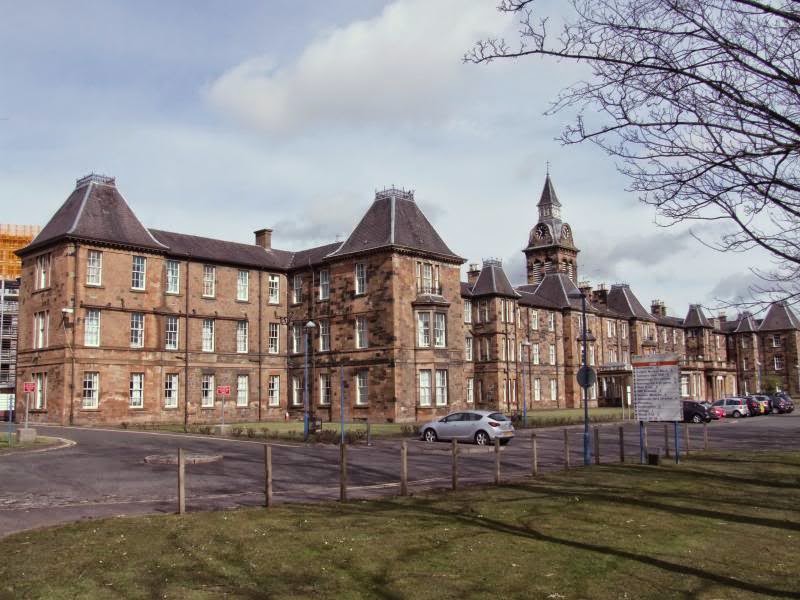 The hospital is being transferred  from this  to this.. 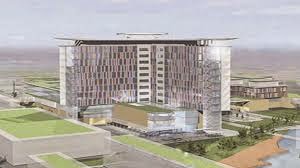 Some things are  too important to be in the hands of politicians. I think Gordon Brown thought that  about interest rates and  handed  them over to the Bank of England.

The NHS is a popular football for the various political parties to kick around while most of us believe that it is too valuable to be in the hands of  any political party. 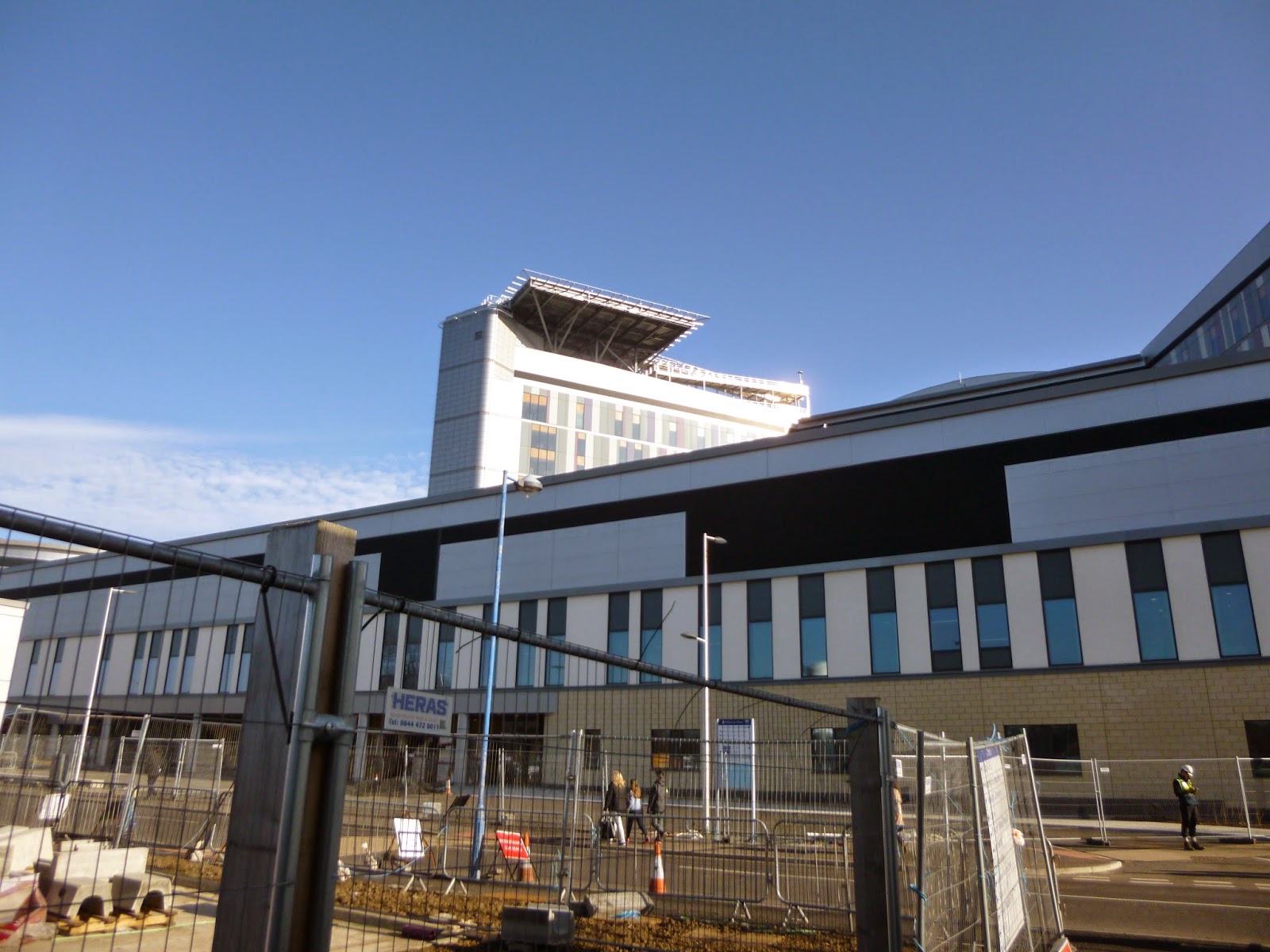 I have always suffered from migraine but since February they have changed character. From the 'go away and leave me alone while my head feels like it is being skewered so I want to lie still and watch the kaleidoscope on my eyelids' type of migraine, to something much. much worse. Rolling on the floor, banging my head off the tiles, pulling hair out type of pain. Short lived, but brutal.
Even I reckoned this was not normal. 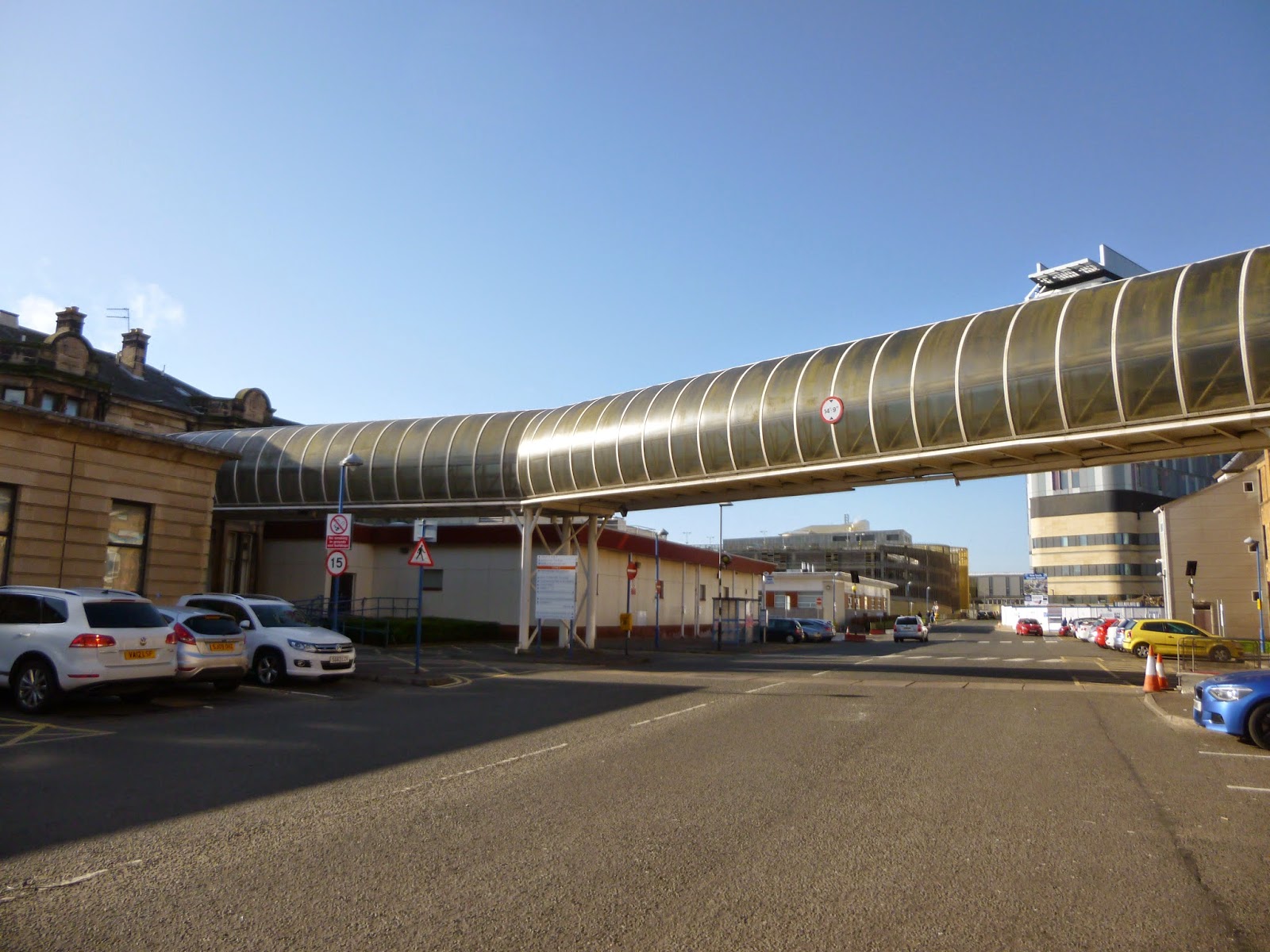 Went to Gp and got stuff to stick up my nose as soon as the headache starts. This medicine works very well but gave no clue as to what was causing  the pain. He diagnosed cluster headache, often called the suicide headache because it is that painful. I am lucky that, with me, the pain is there and gone within thirty minutes and (so far) it is always in the small hours of the morning. But I can’t imagine living with that pain four or five times a day. If a patient does, the current treatment of choice is a having a brain stimulator surgically placed in the deep part in the brain to derail the signals. 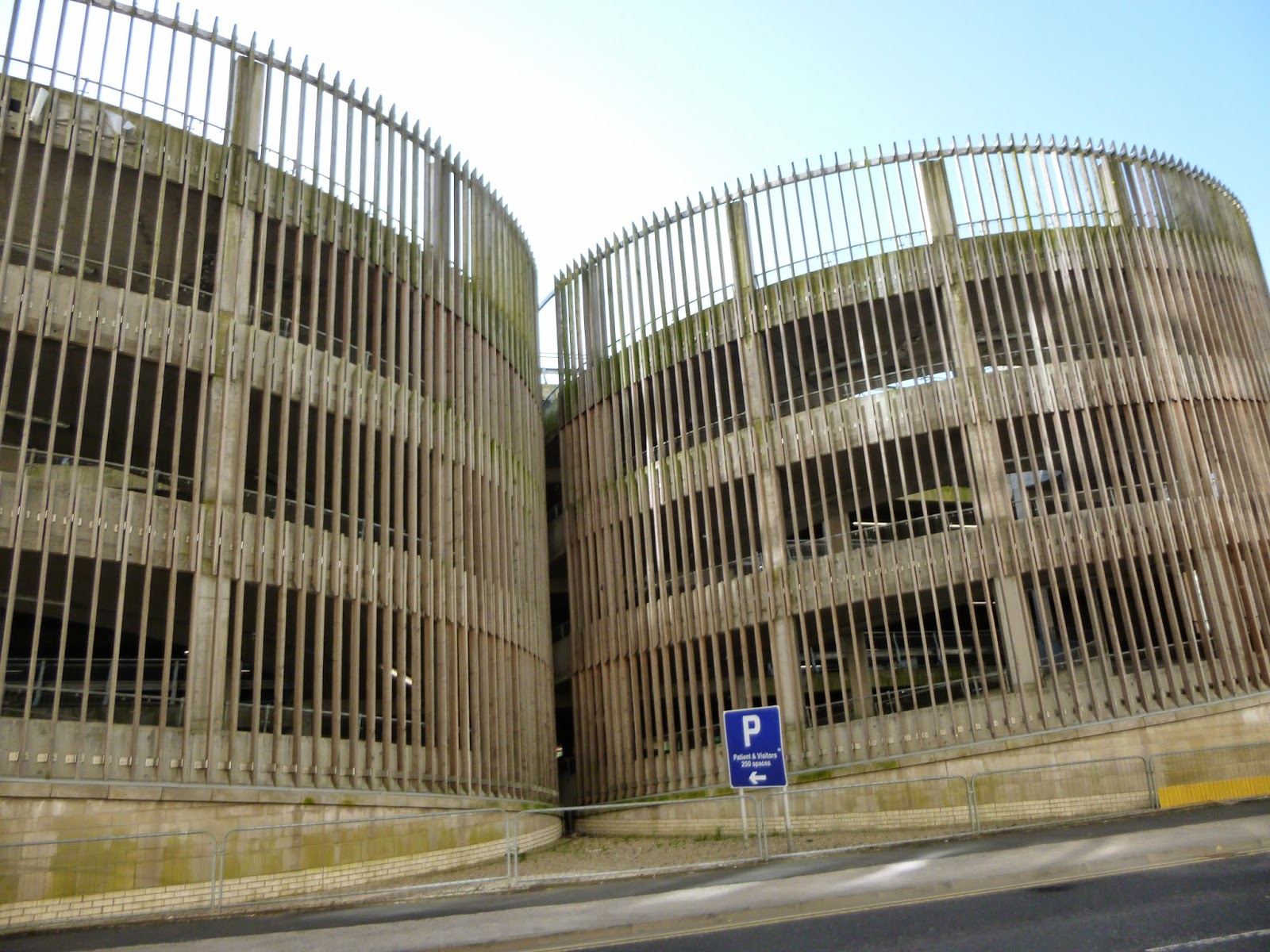 Fancy car park. With no spaces.

The only problem was my cluster headache is not in the part of the head that gives cluster headache. So the GP referred me for a neurological appointment at the Southern General Hospital, known by locals as the Suffering General. He said it was not urgent, the appointment may take a while to come through. The subtext of that ( and what the political debate is always about) is that the waiting list is a bit long at the moment. But just to make it clear, if you really need it, it will get done and the NHS will do it quickly. But if you can wait – you wait.  Neurology is always busy as for some of their patients, waiting is a matter of life and death. Mine wasn’t, Mine was just sore. So a routine appointment was requested and came through within two weeks. On a Sunday. Subtext,  so busy they were doing Sunday clearance clinics. I had a thorough consultation with a neurologist  who was very nice and very engaging. What did I think? What did she think? What did I think of what she thought? Why can I not have cluster headache in the same place as everybody else? Because it might not be cluster headache. 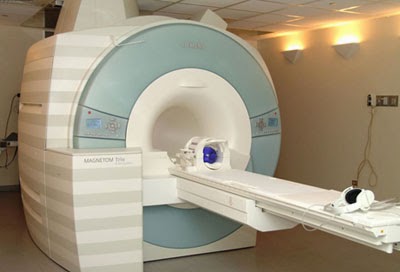 She recommended two MRI scans - brain  and neck. Not urgent. The appointment for the scan came through  two days later.  Eight o’clock in the morning. 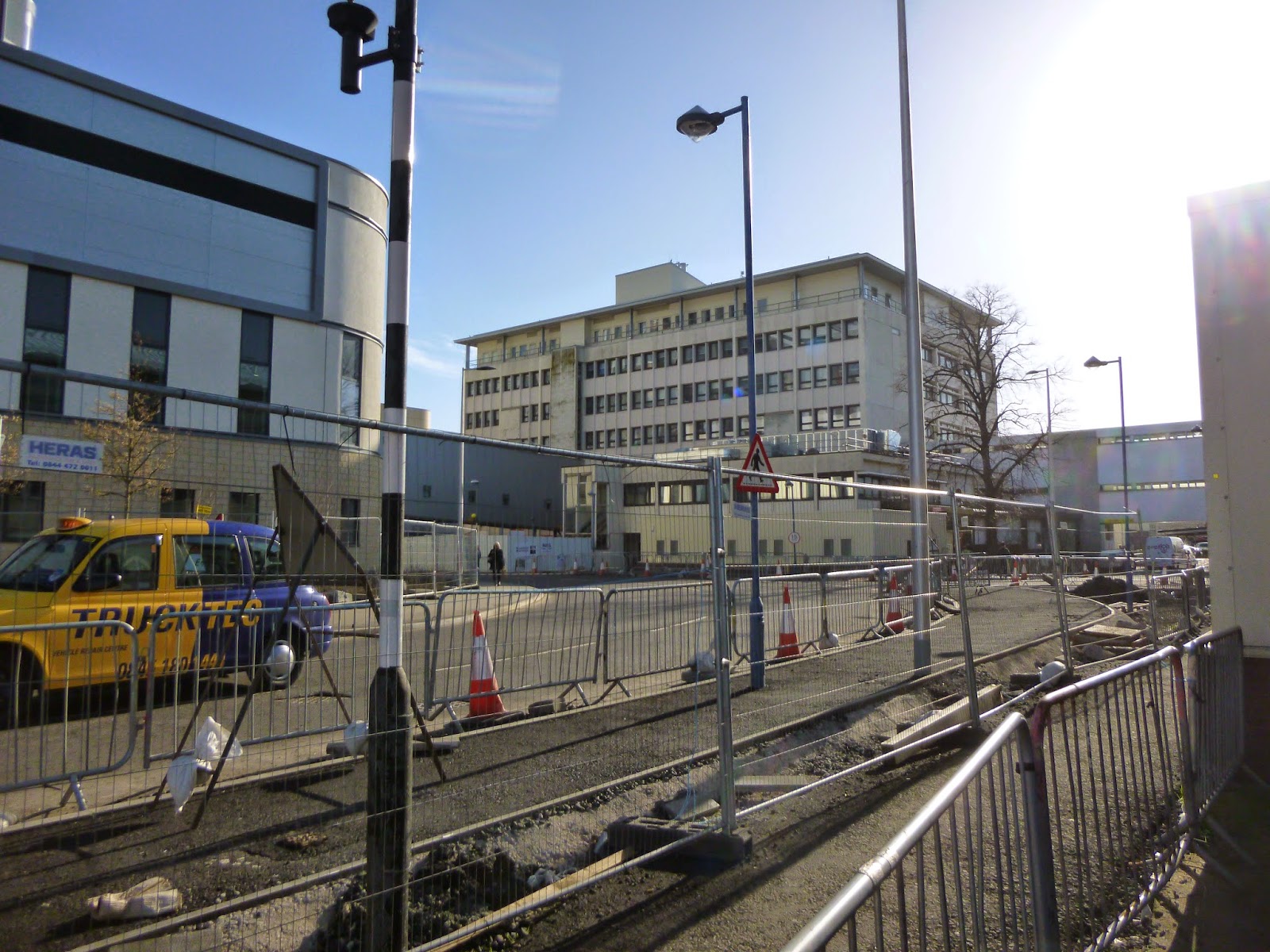 Nice quiet surroundings for the patients

And that was this morning.

By now, the neurologist and I had been thinking about Arnold Chiari malformation which means the bone at the top of the spine is a bit wonky so bits of the brain start to slid down the spinal canal.  As you can imagine, that is a wee tad sore. 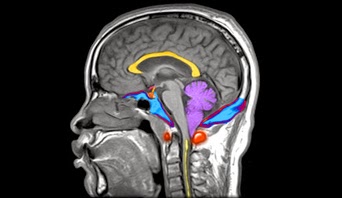 But I am consoled that it only happens to folk with big brains. That is not really true but it’s my blog so I can say what I like.


It used to be thought of as a fatal condition but as scanning gets better it has been realised that a few folk are walking about with various versions in various degrees of malformation with no symptoms what so ever.  Until something else annoys it. Like an old spinal fracture. Like mine. 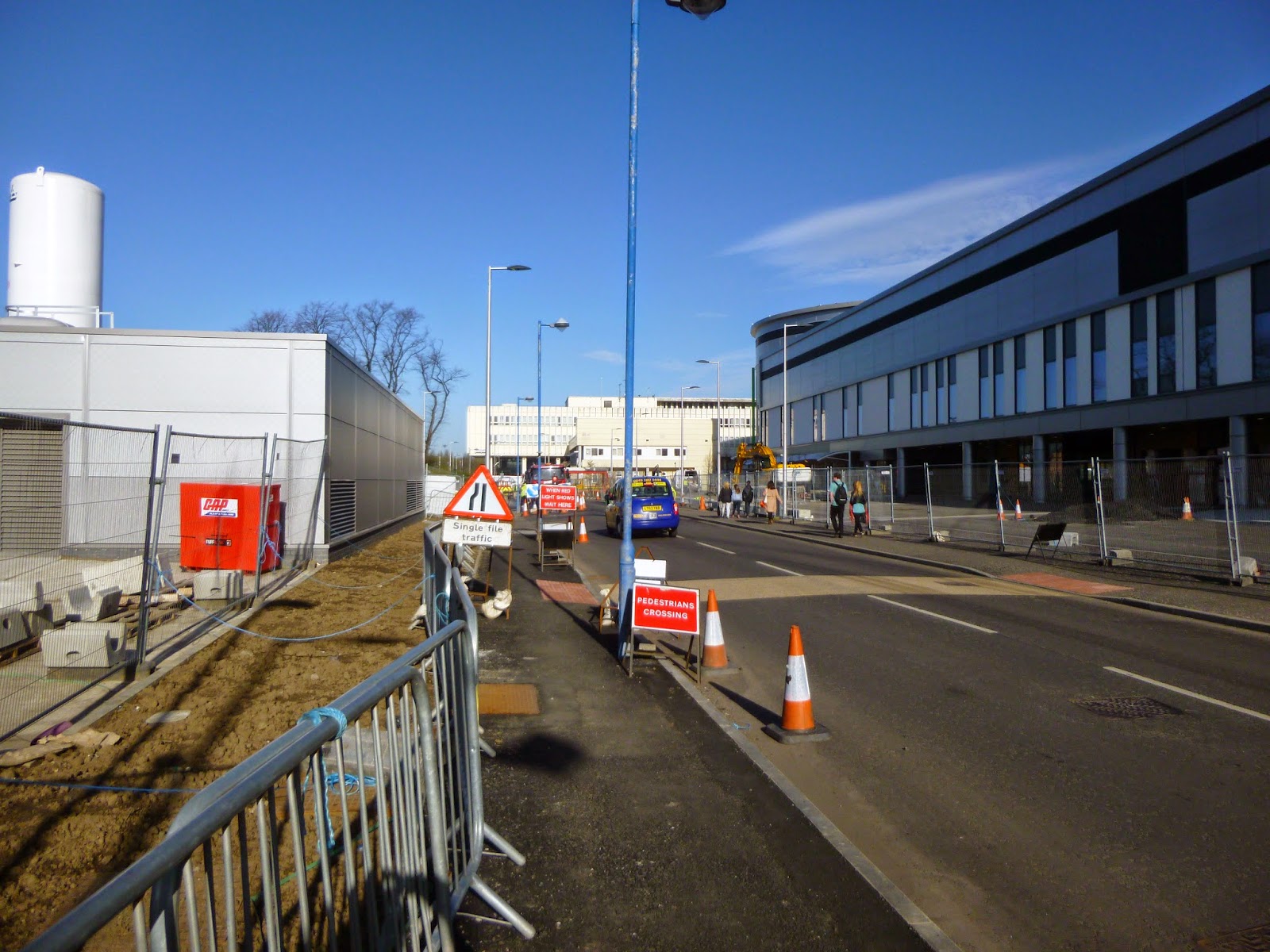 Where exactly  do we walk?

And when the neurologist read about that, her little face lit up in a true light bulb moment.  That is now coming back to haunt you, she said with something approaching glee.  I was still with the theory of big brain in a wee head.

The Southern General is a big Glasgow Hospital, right on the side of the Clyde at Govan. It is slowly being rebuilt into a super hospital called the ‘death star’.  It has become a local talking point as it has been built with very little regard to patients.
And the fact that patients need transport.
And maybe need somewhere to park their car. 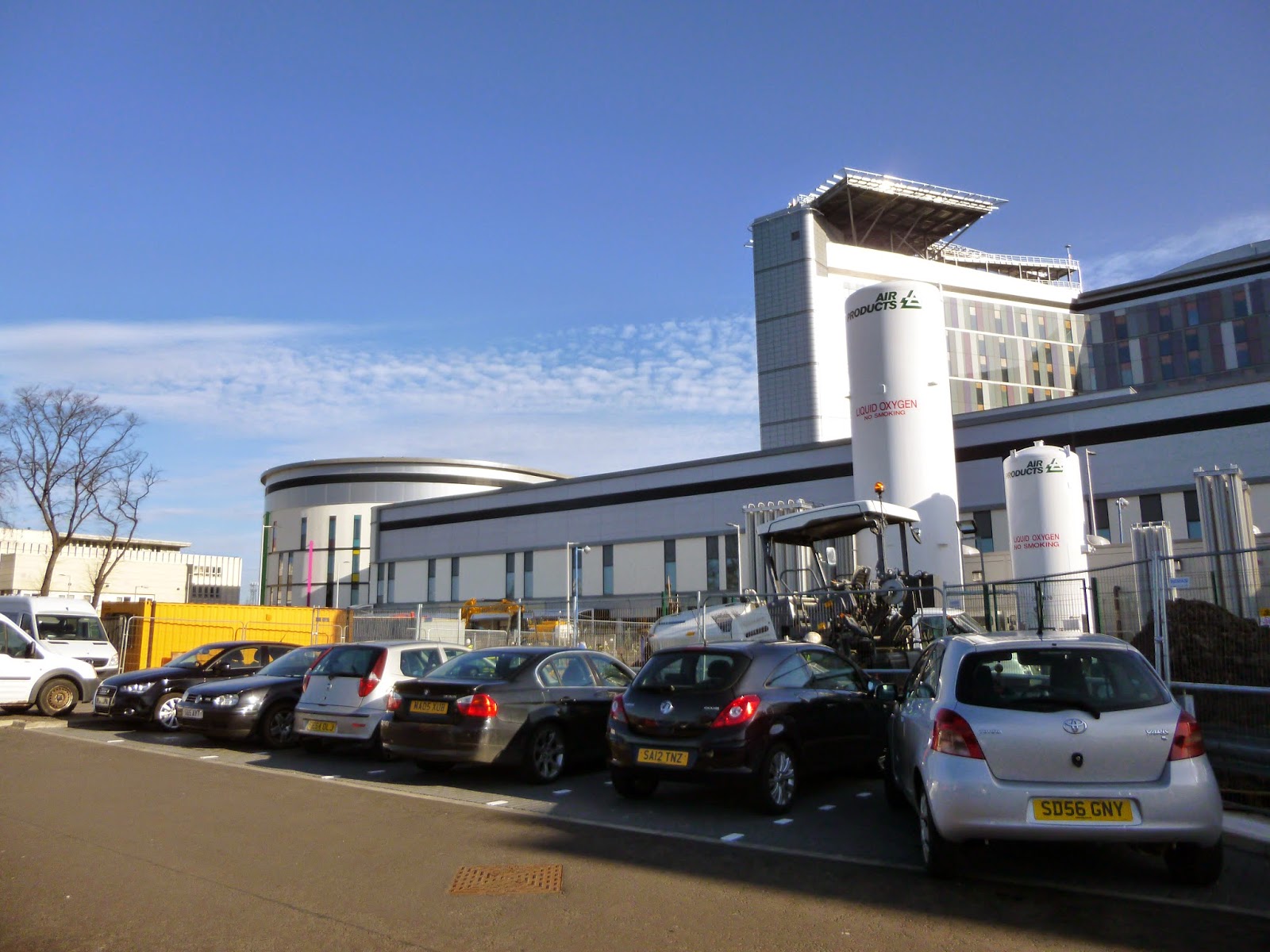 Driving around the Southern General building site for an hour and a half to get a parking place is common. Locals now need permits which they have to pay for, to park their own cars in the streets outside their own house. Promises of free buses, and patient transport have not yet come to fruition.  The radiologist who dealt with me parks in the garden centre a mile and a half away and walks it from there.

The hospital/ building site is about fifteen  minutes drive from my house so I left at six thirty am for my eight am scan and got the last parking space available on the first drive round. I sat in the car waiting and writing the next book while the builders in front of me kept taking their clothes on and off like some geriatric Coca Cola advert. I don’t know what they were wearing underneath their t shirts, but it needed ironing. The old jokes are the best. 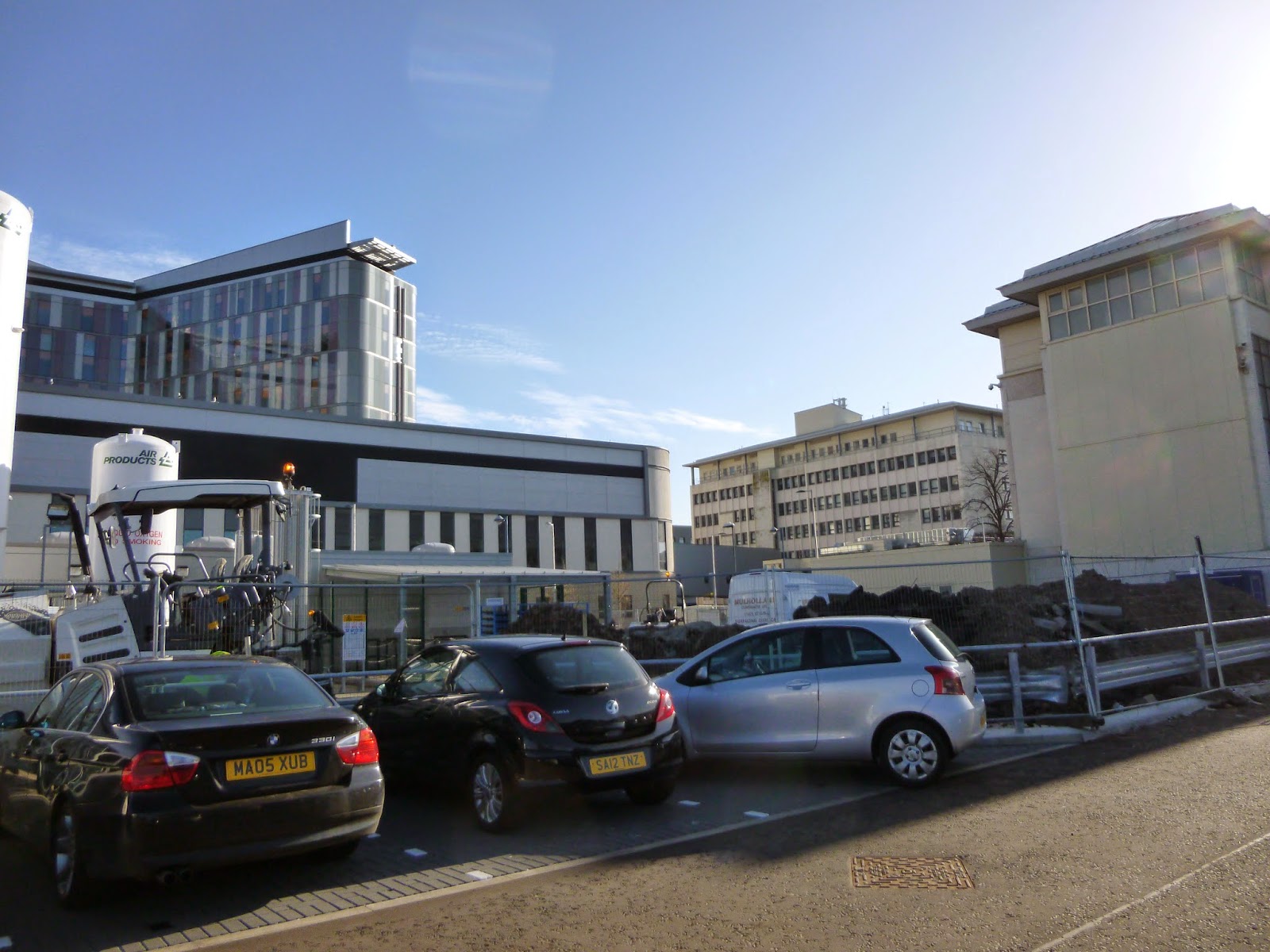 The old hospital  was based in a Victorian Workhouse. If there was a fire,  patients had to be strapped  to their mattresses  and bounced down the stairs. The hospital then had big wards, a stern matron, no MRSA,  no talking back and stank of Dettol and boiled sprouts. 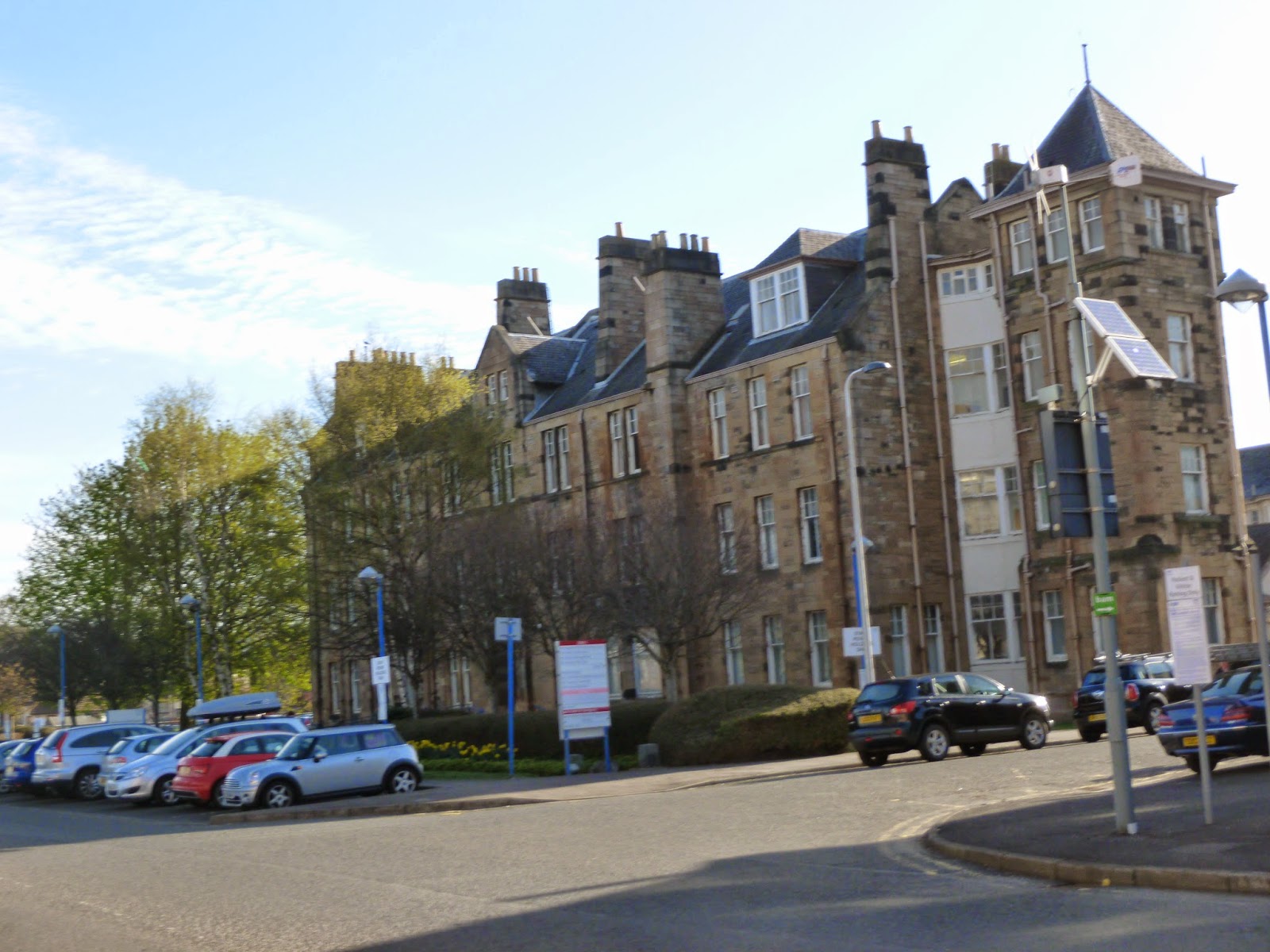 Now the whole scene is weird; builders everywhere, trucks, diggers, cement mixers, people walking around confused and lost, taxis doing u-turns, wheelchair users bumping up curbs, patients running from A to B, then B to A, posters telling folk where to go ( the posters have been drawn over as a new building was added or opened or closed ). There are over head tunnels temporarily connecting bits X to Z as Y has not been built yet.  To get to the scanner, I had to walk for about twenty minutes from my car, into a reception, upstairs, along a corridor, through a kitchen ( so it seemed), passed a few disused lift shafts,  all the time following a series of printed out signs sellotaped on the wall,  over tunnels, under ground until I bounced almost by accident into the MRI scanning reception. After the scan , the nurse took me by the hand,  across the hall, into an office, over some boxes and out a side door, and lo and behold, there was my car.

Once the superhospital is finished, there will  be rest stops, sherpas and Sat Navs. 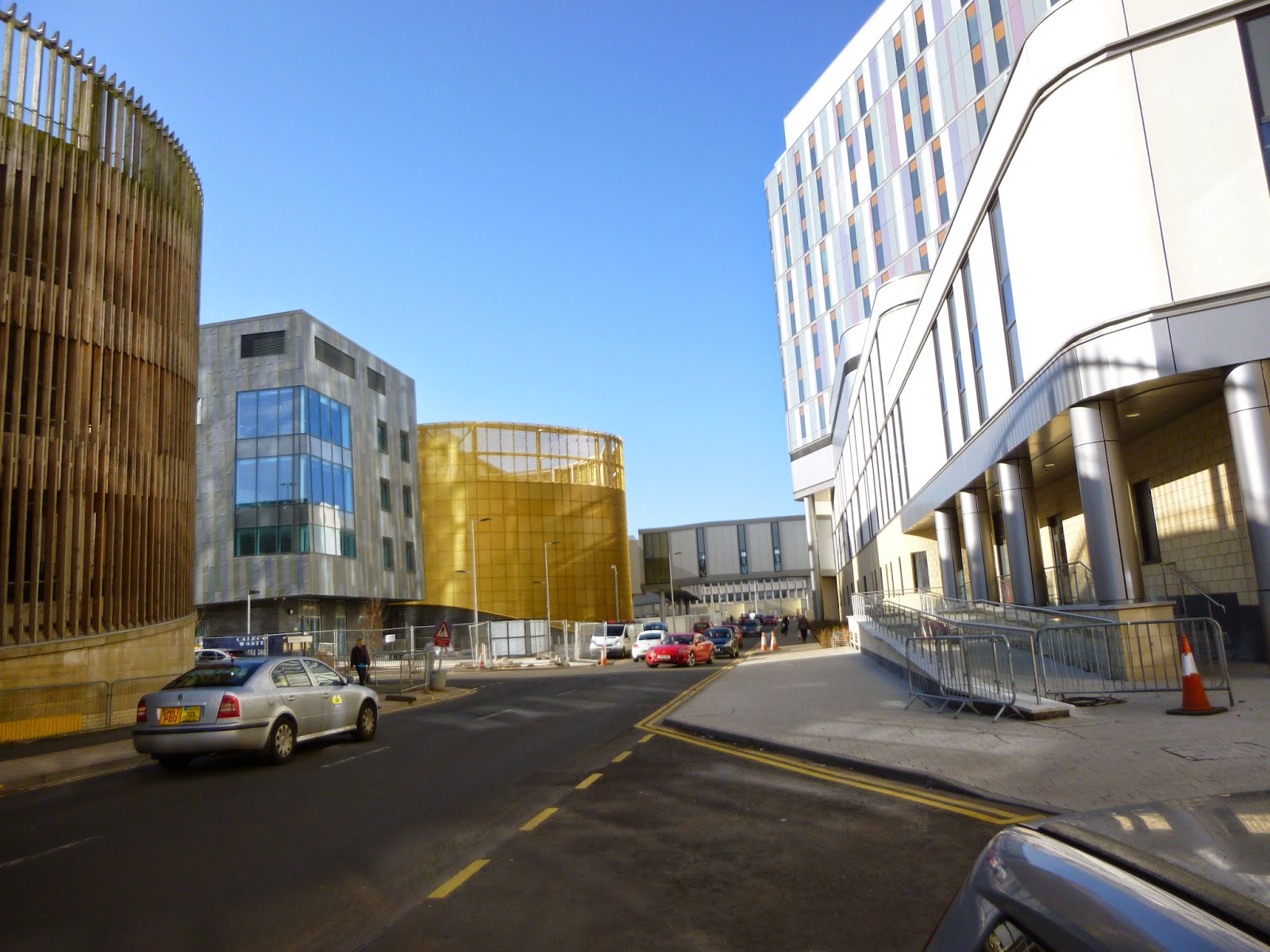 So the scanner has not been moved to the new  bit yet so the waiting area was well worn, battle scarred and depressing. But it was spotlessly clean and the service was second to none. So what  if the gowns looked as though they have been washed to within an inch of their existence, the bit of the service that actually saves lives was running like a well oiled machine.

I was aware of the comedic drama the other patient  - some old guy who had been hauled in off the street outside for his scan  as he was having a last minute fag, and wouldn’t come in until he had finished.  I bet he was having a scan for a growth in his lung. He was round; five feet five in every direction and too breathless to undress himself.  And the nurses were great with him, humorous and cajoling but taking no nonsense. 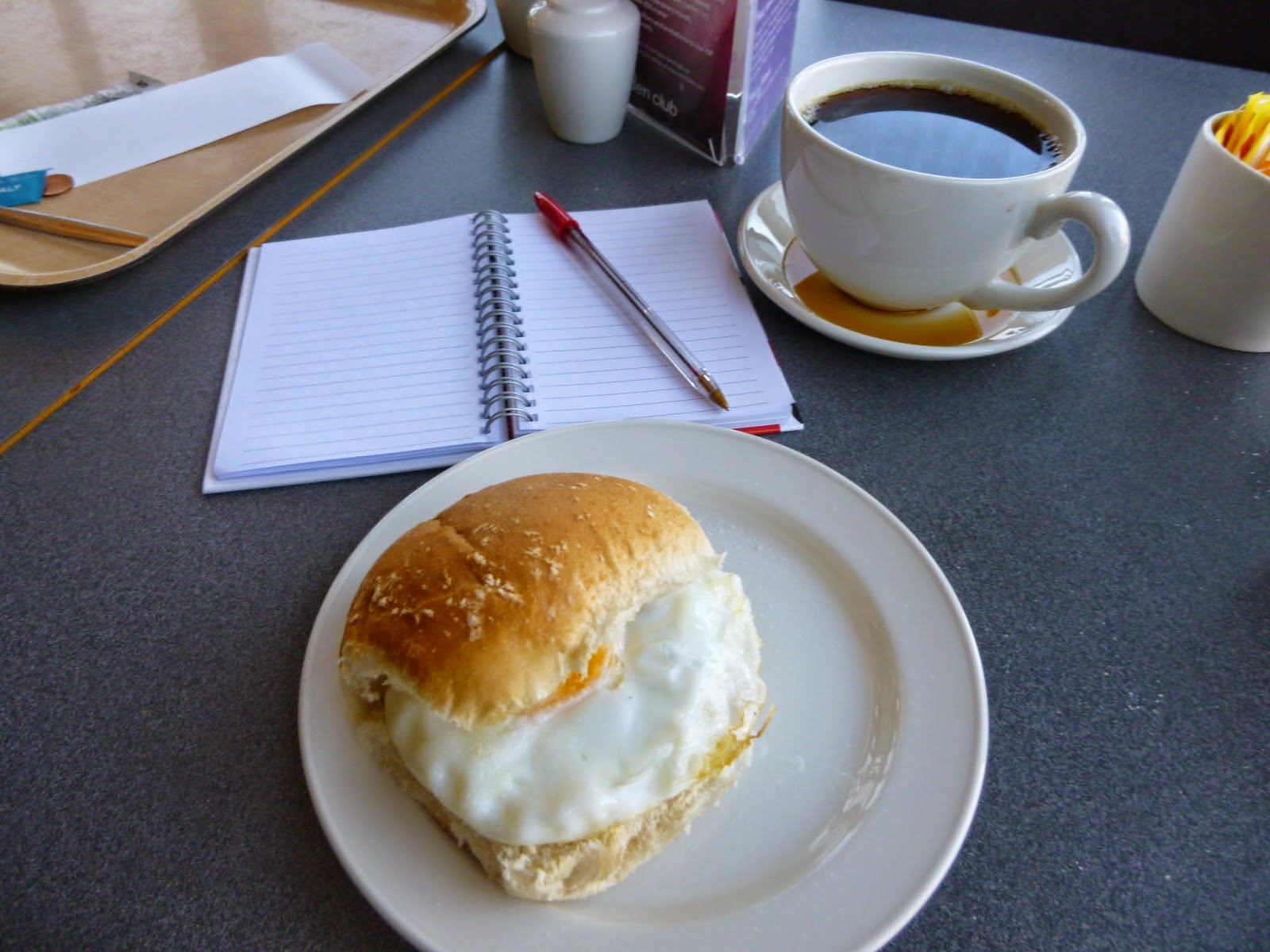 After a hour of being zapped and blasted, I climbed into the small Fiat and drove round  (and round and round) to the garden  centre…. Just to chill before going back home on the motorway. 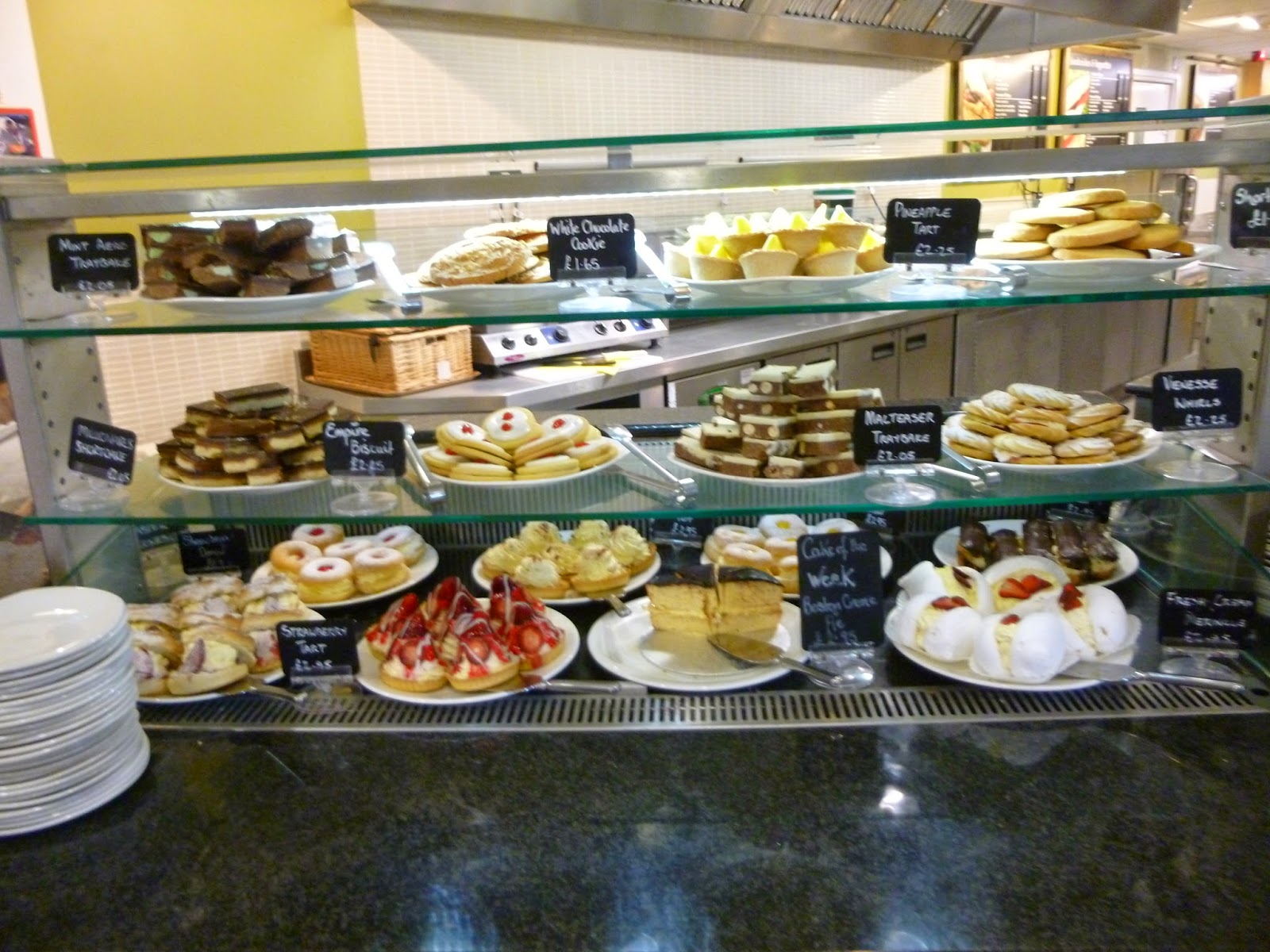 goodies at the garden centre.... 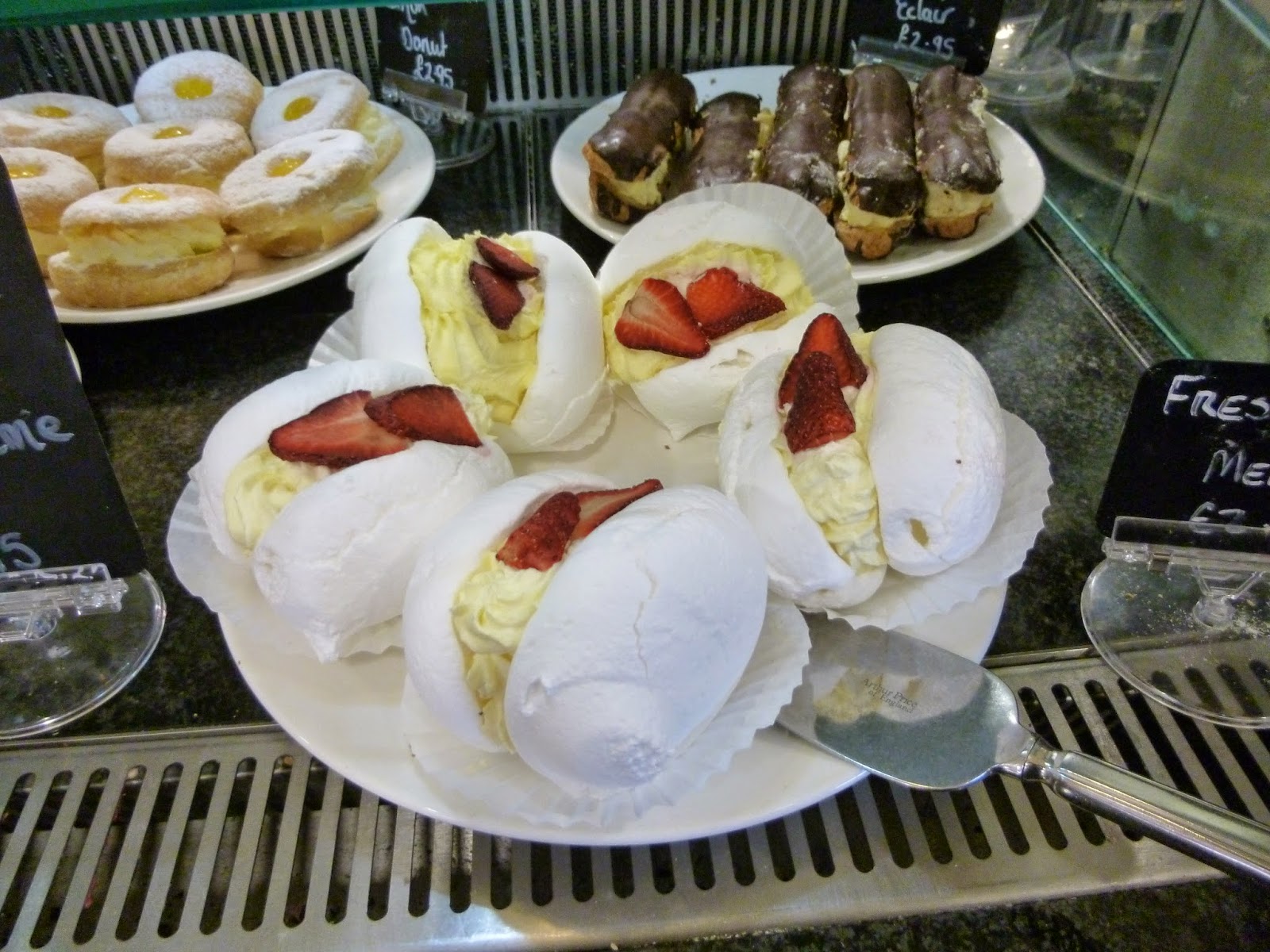 These are the size of one of small asteroid. 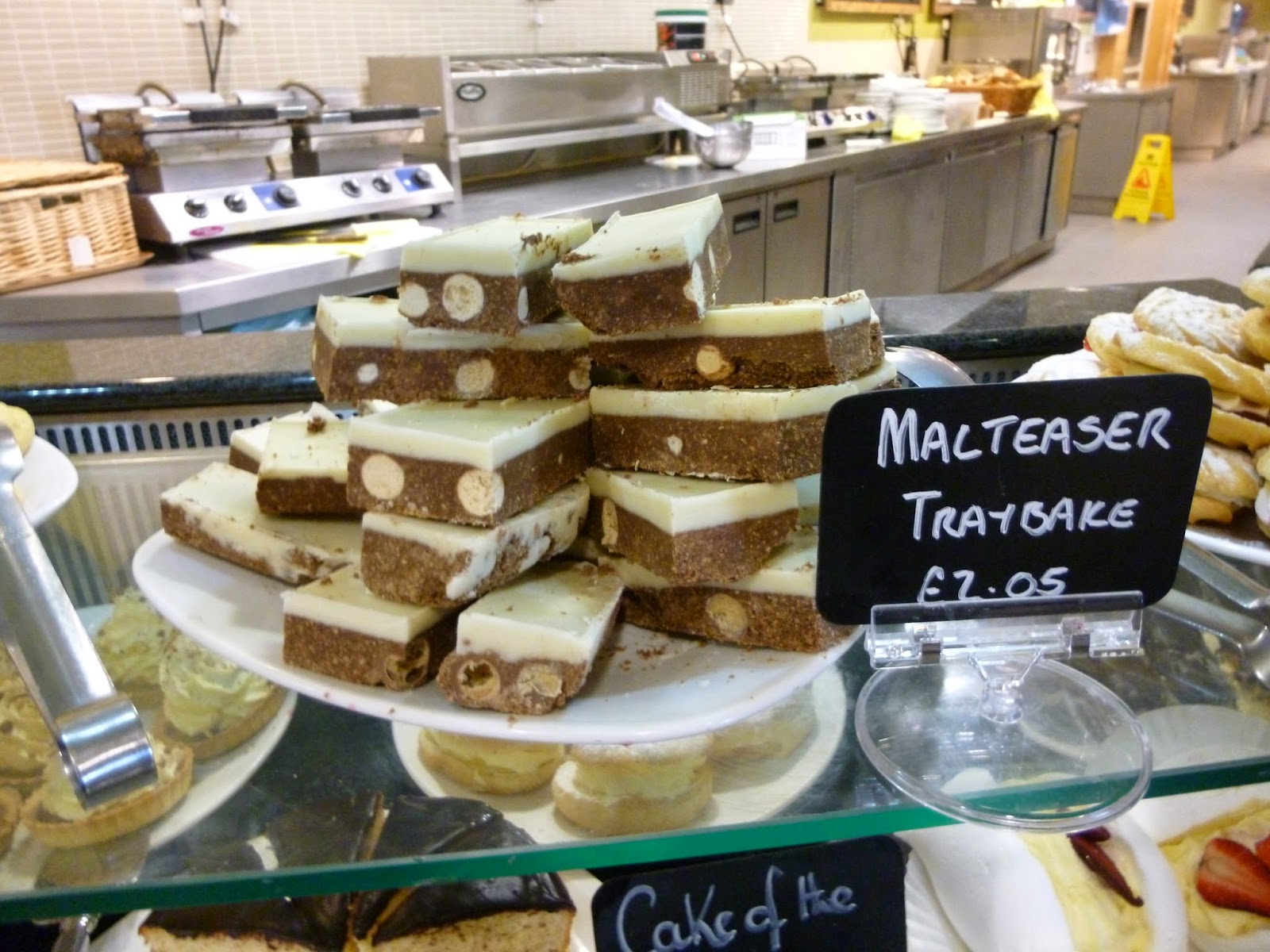 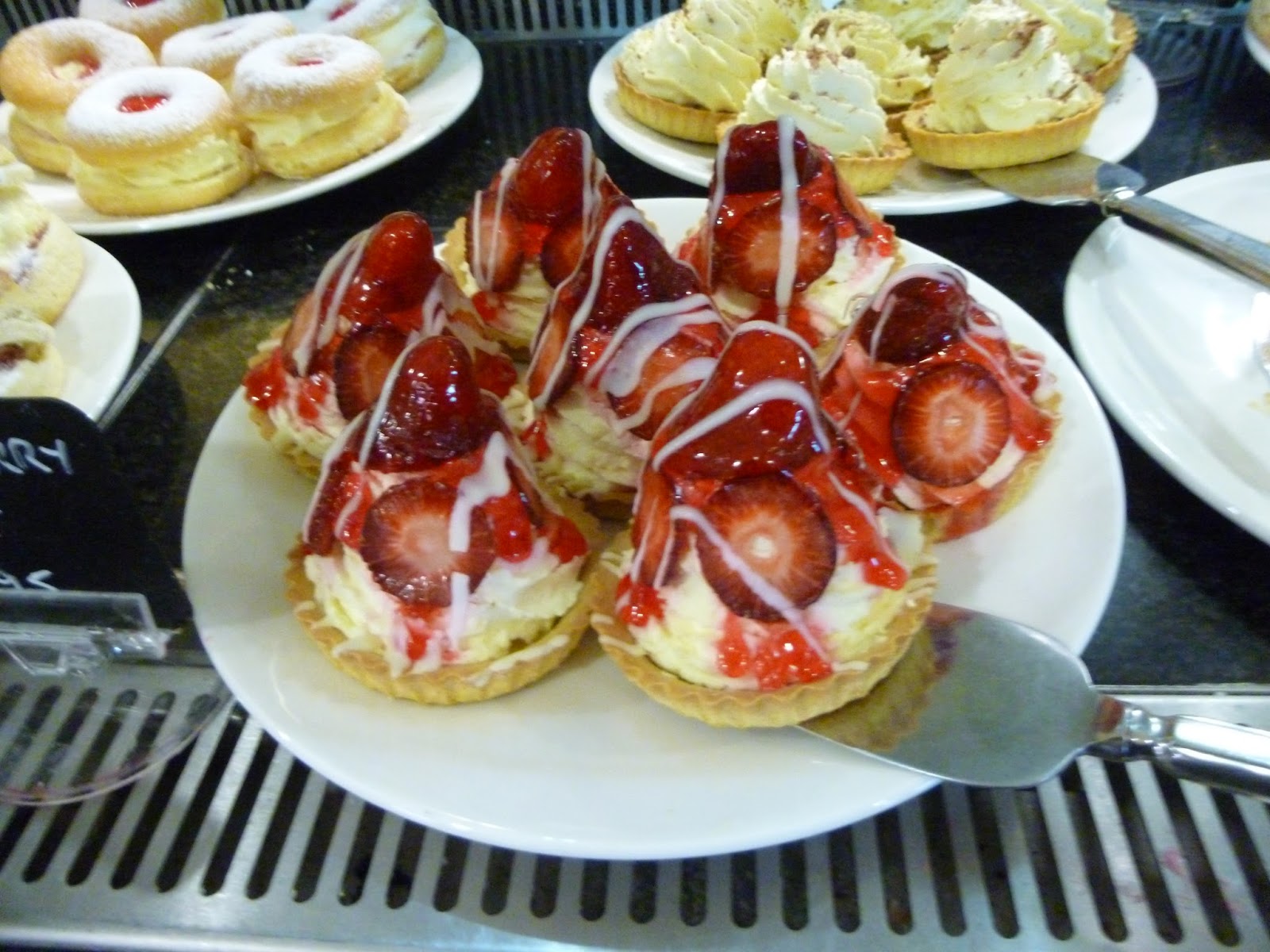 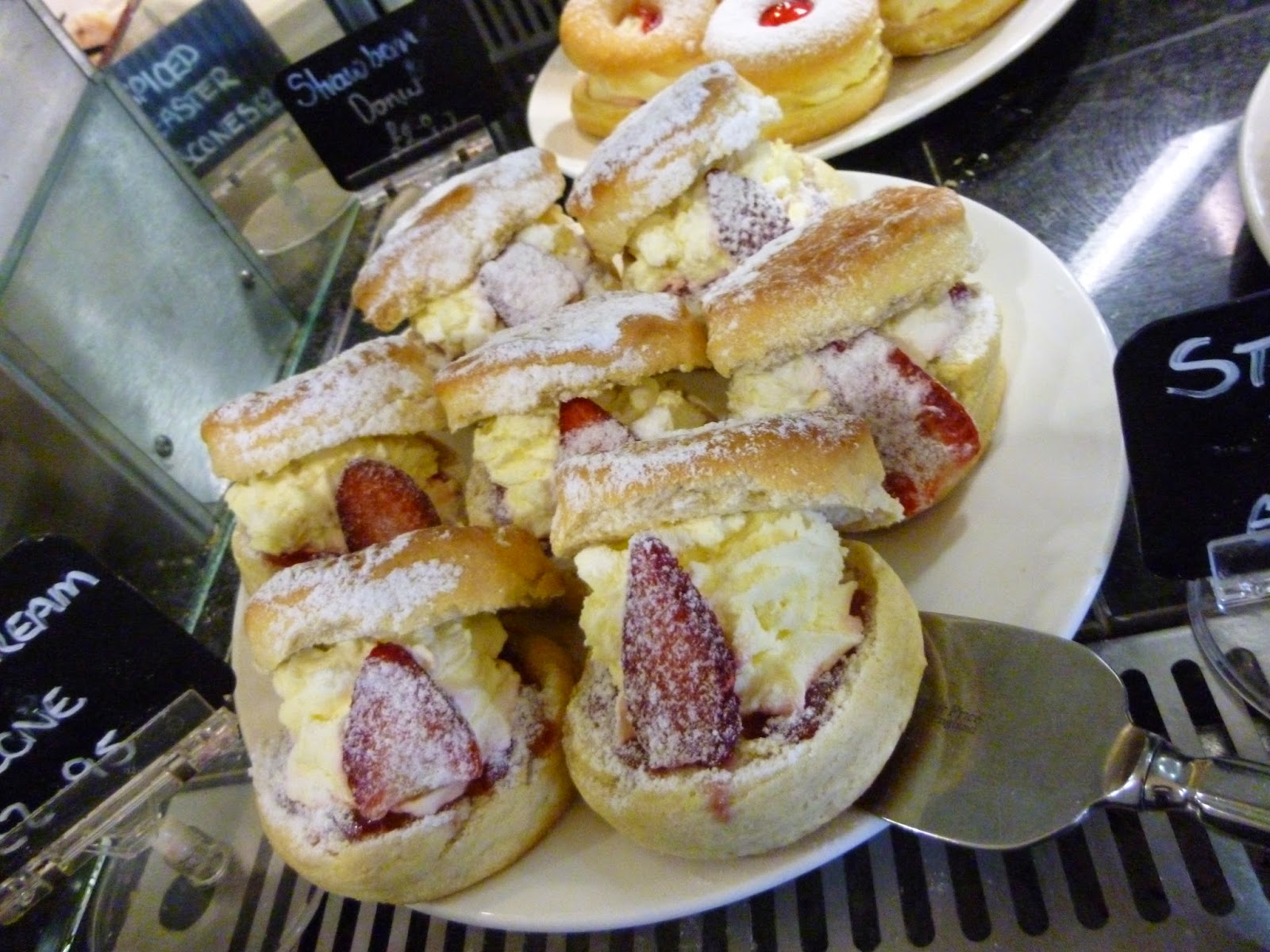 And did some more writing... 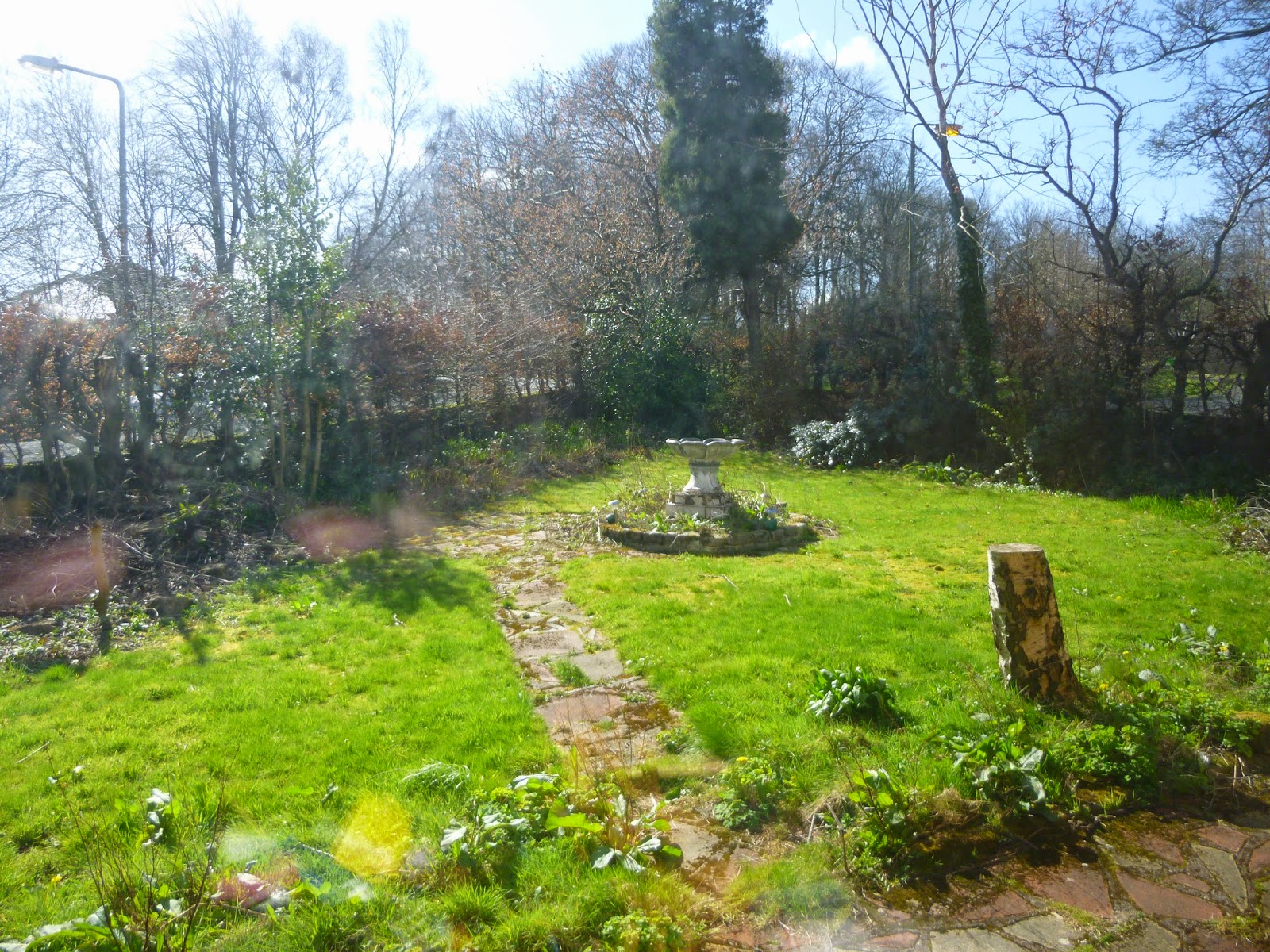 The view out my writing room window!